A featured marque this year was the Spanish manufactured Pegaso, also known as Pegazo. Originally and primarily a manufacturer of trucks, Pegaso built less than a hundred Z-102 sports cars in the 1950s. Nearly twenty Pegasos were on hand for the Amelia Island Concours, and one rare beauty won Best-in-Show.

Pictures and clever commentary below are courtesy of very knowledgeable car enthusiast and good friend Scott Crater.  Scott has a slight affinity (affliction?) for BMW’s and Alfas.  Can’t fault his taste at all. 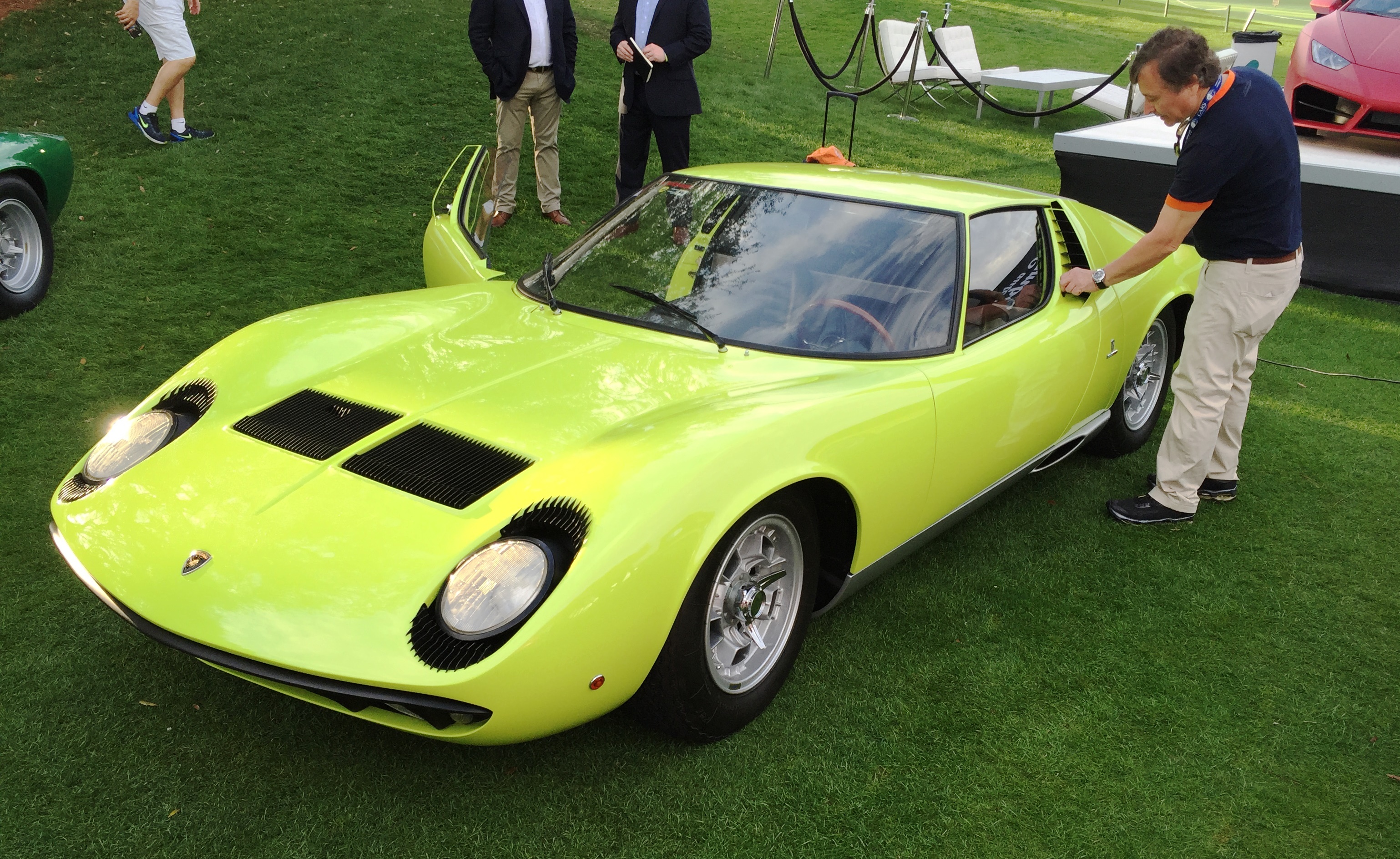 One of several Miuras at the Lamborghini stand. Proof that they don’t make them like they used to 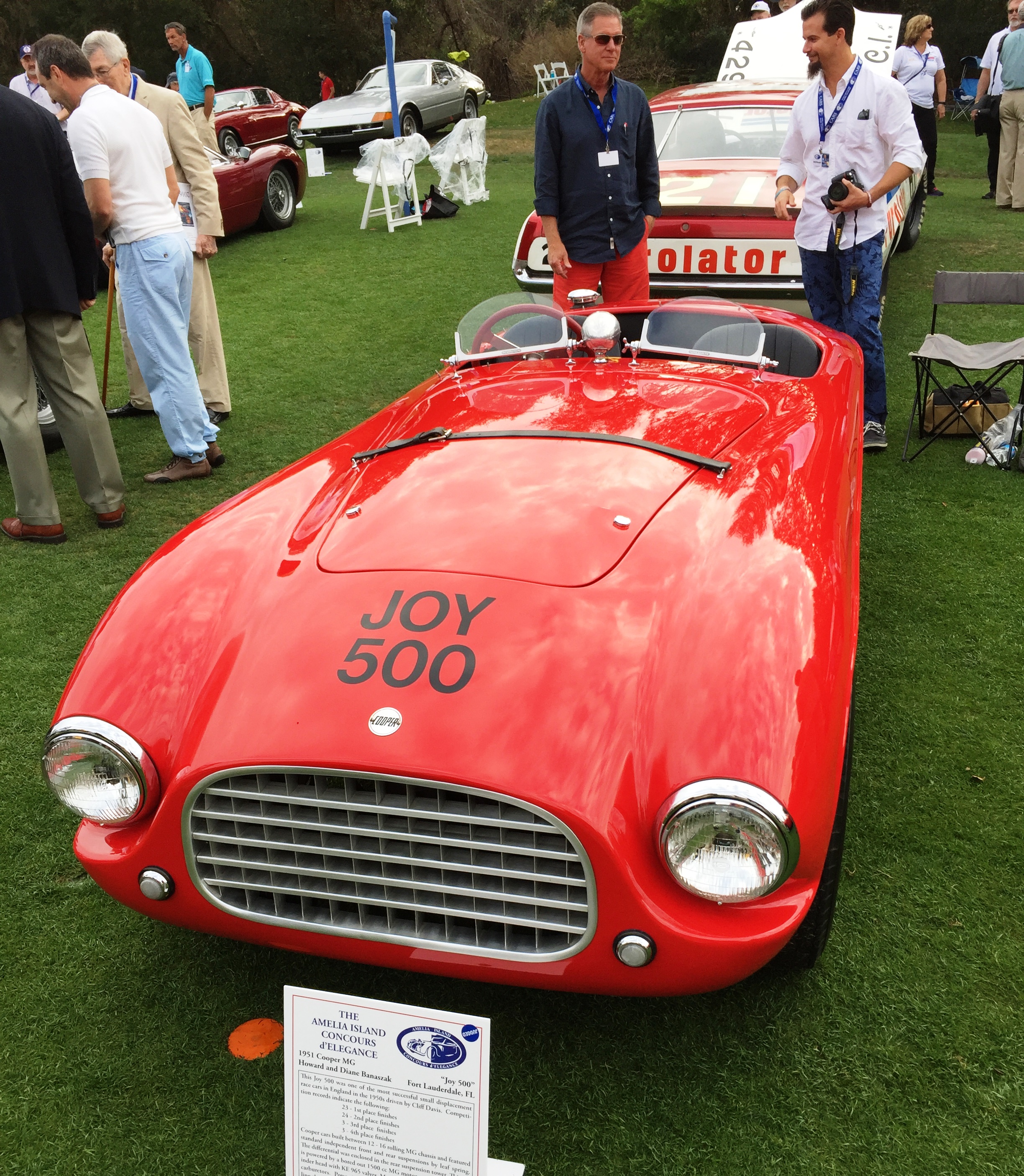 This car is not Italian! It is a 1951 Cooper MG special built and bodied in England in the style of a Ferrari Barchetta 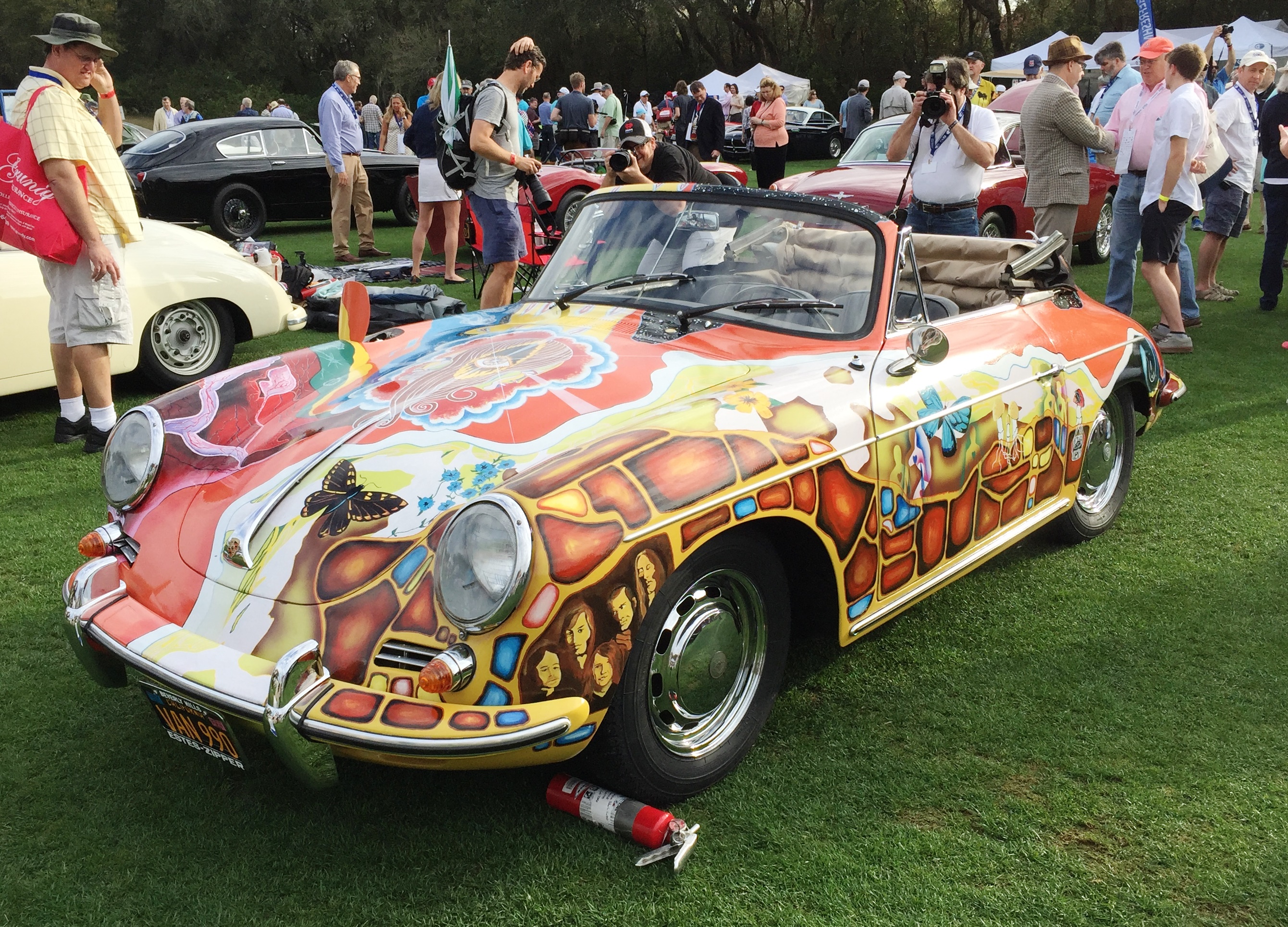 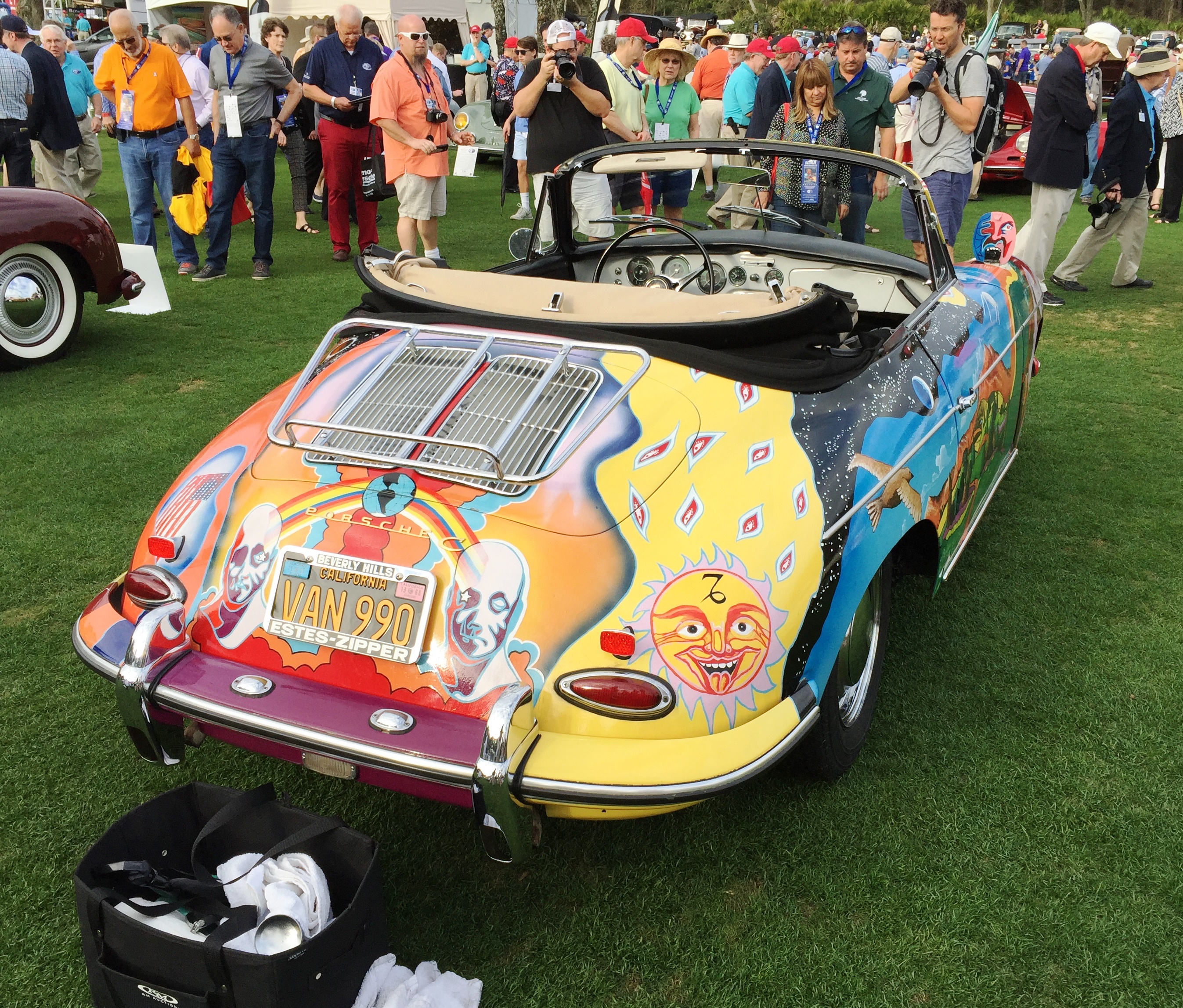 Janis Joplin’s Porsche 356. She commissioned one of her roadies, Dave Roberts, to give it a psychedelic paint job which he titled ‘The History of the Universe’ 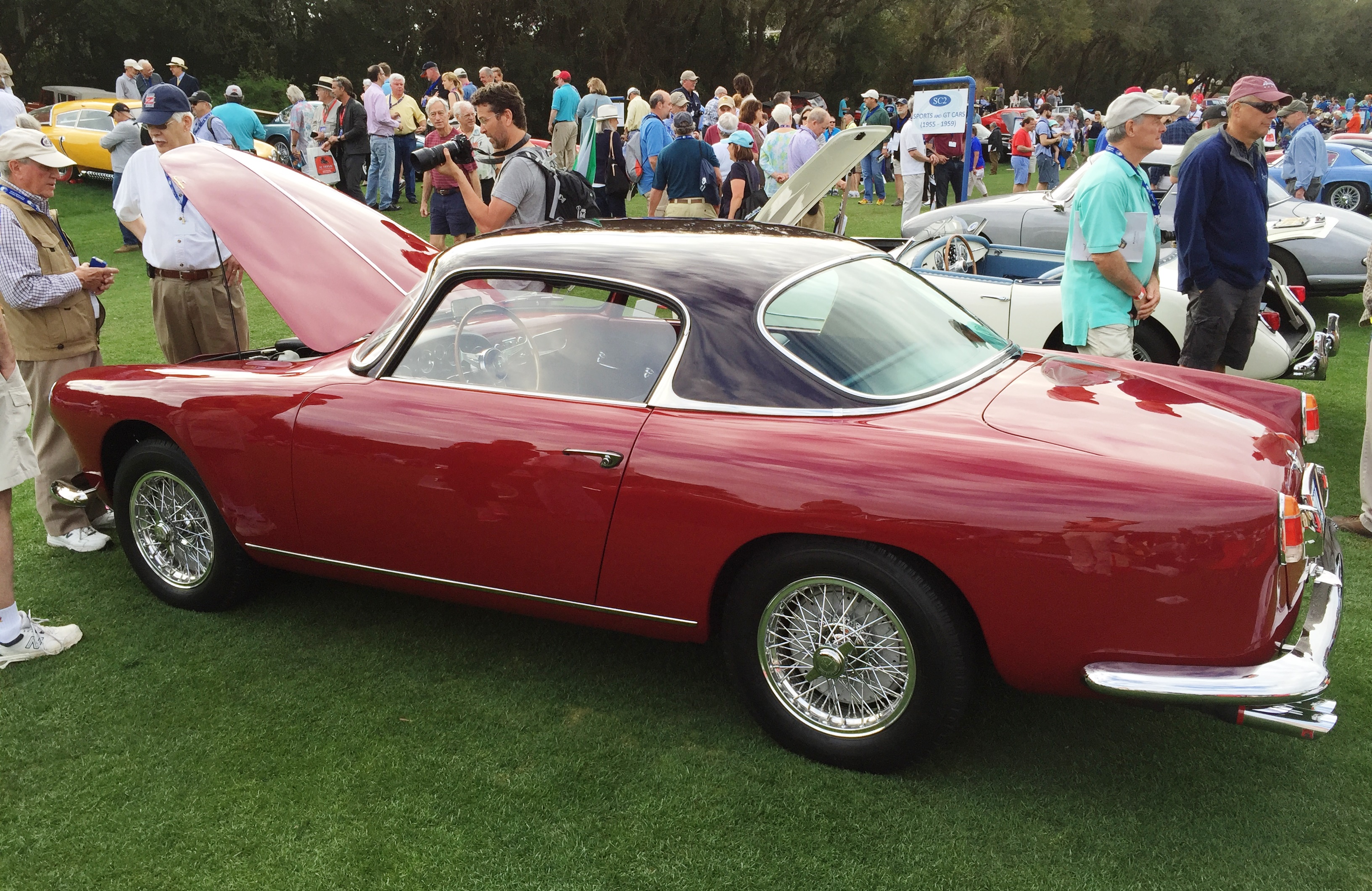 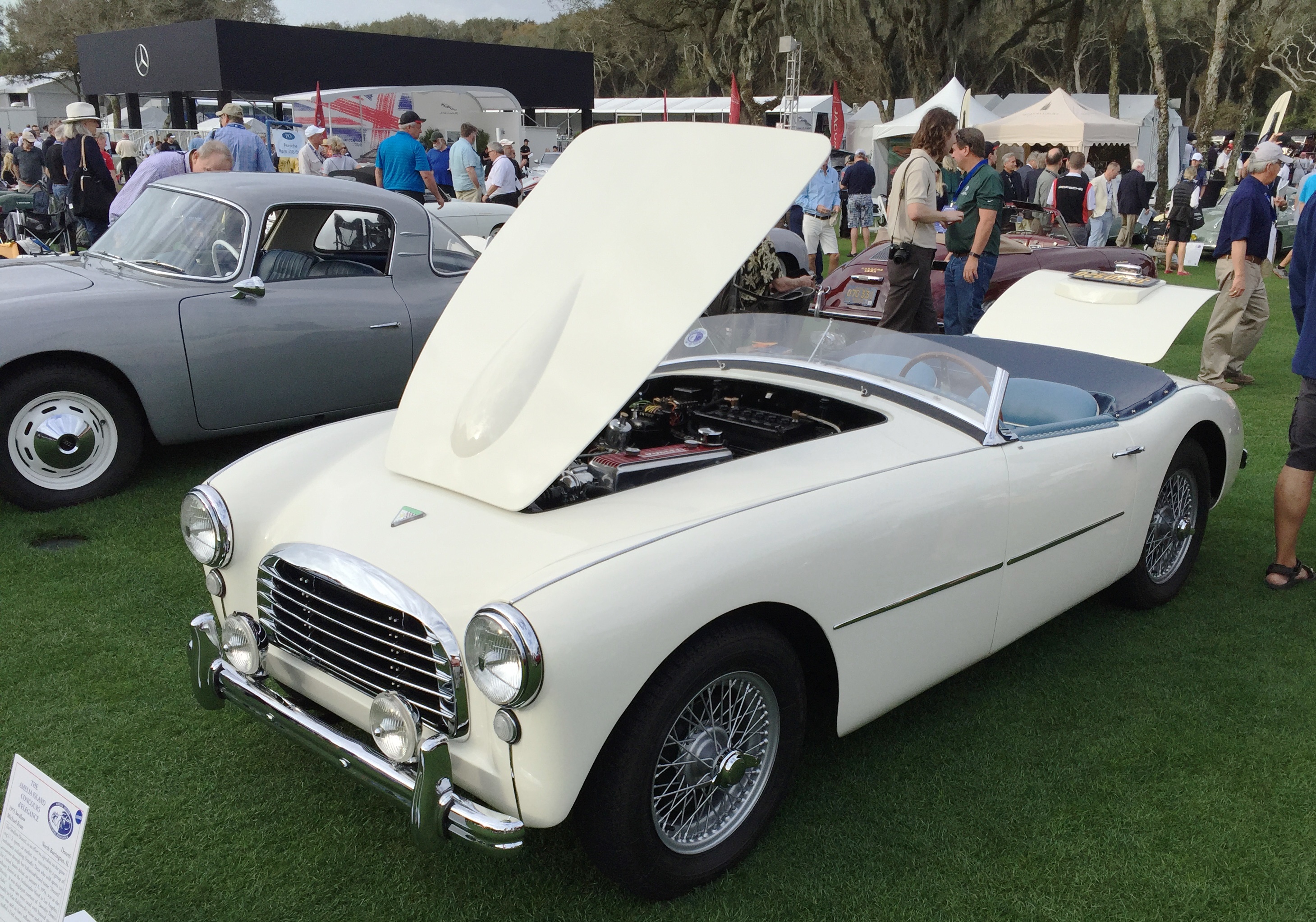 The Doretti; an English American hybrid with a fake Italian name. The wife of one of its creators was named Dorothy or something along those lines. They named the car after her 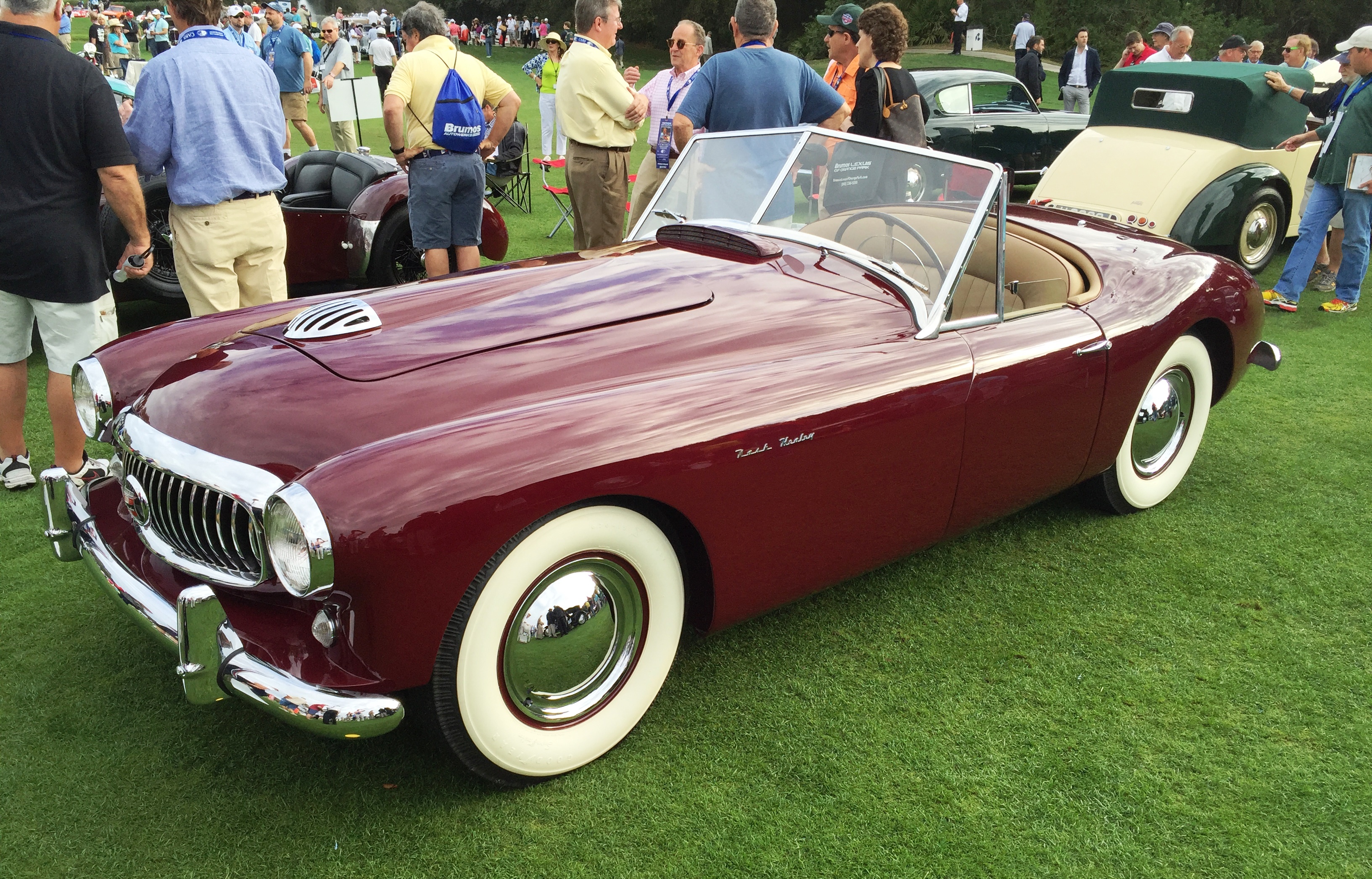 The Nash-Healey; another English American hybrid. Bodied in England by Panelcraft. Later cars were done by Pininfarina. This example was the very first car produced.  A Nash-Healey ran in the Mille Miglia and finished strong in the early 50s

The esteemed Sam Posey. He raced sports cars, Trans Am, Formula cars. And he did some fantastic broadcasting work at hundreds of races. Most recently he did the opening montage of the F1 broadcasts. Neurological disease has curtailed his work lately. Here he is working as a judge with Donald Osborne from Sports Car Market Magazine and TV 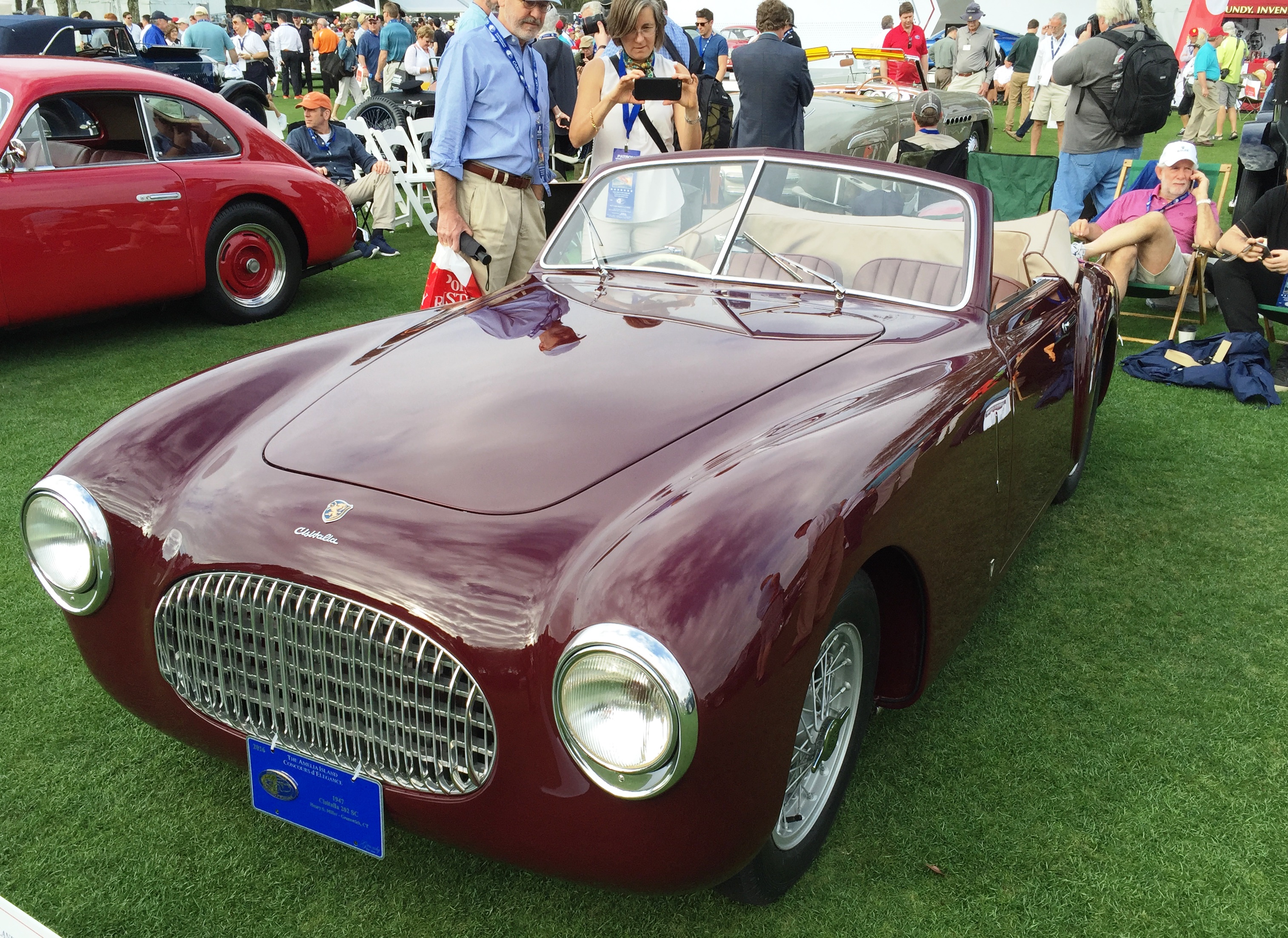 Cisitalia 202; one of the breakthrough designs of the late 1940’s.  One is part of the permanent collection of the Museum of Modern Art in New York 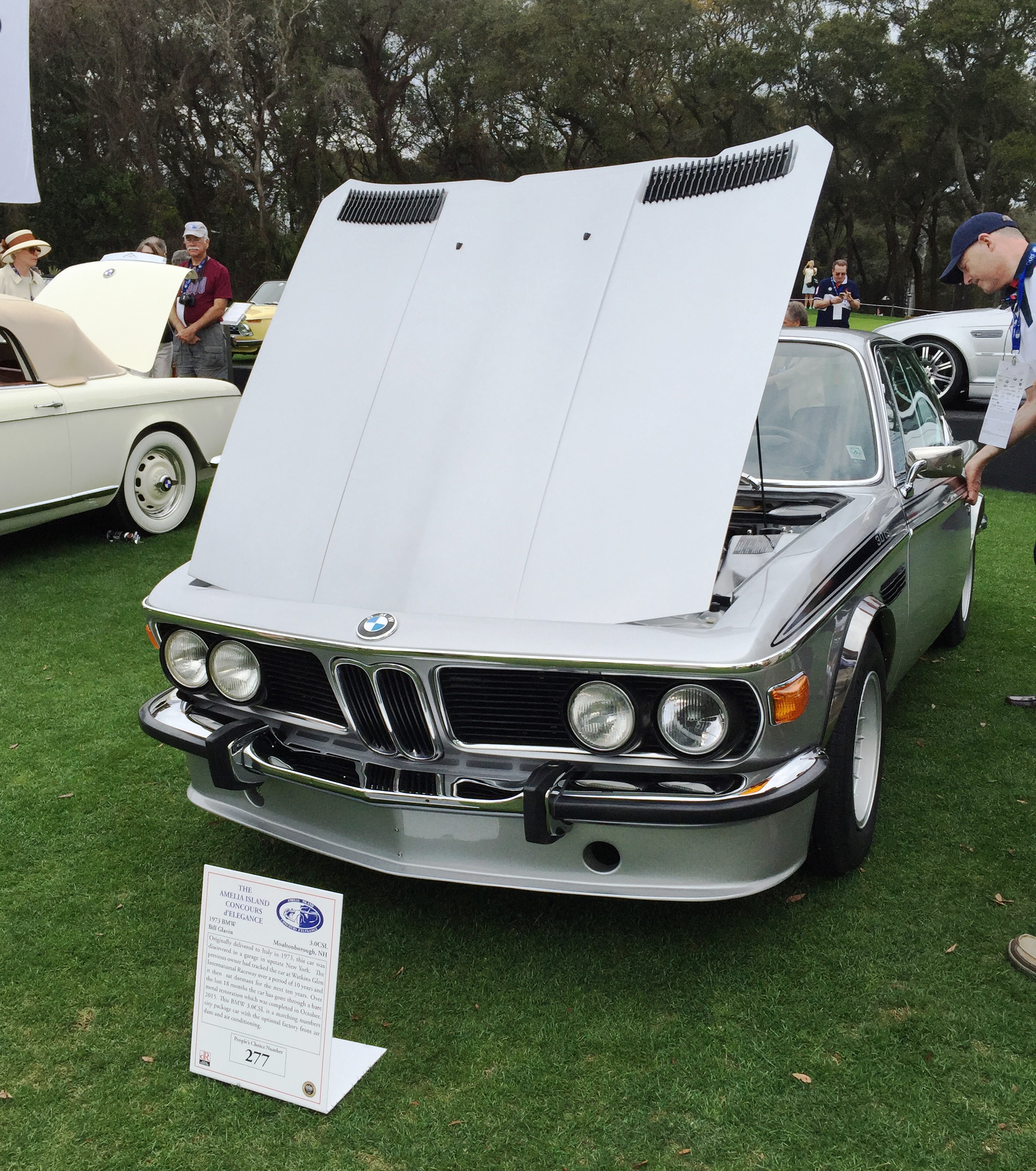 BMW 3.0 CSL displayed by Vintage Sports and Racing of Bow, NH. They recently finished the restoration. The car was invited to participate in a special display of significant BMWs in honor of the 100th anniversary of the company 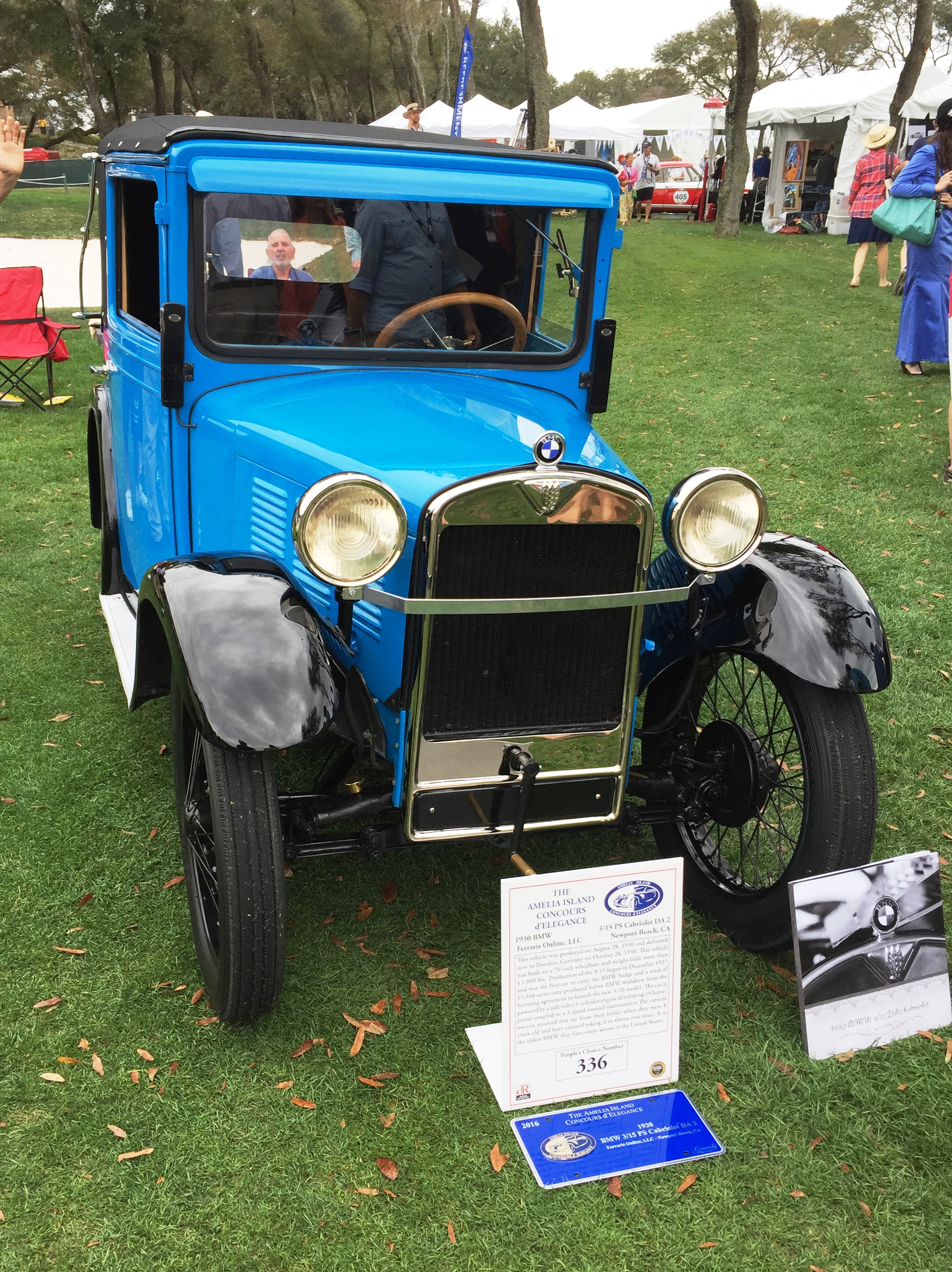 1930 BMW from Mike Sheehan of Ferraris-Online.com 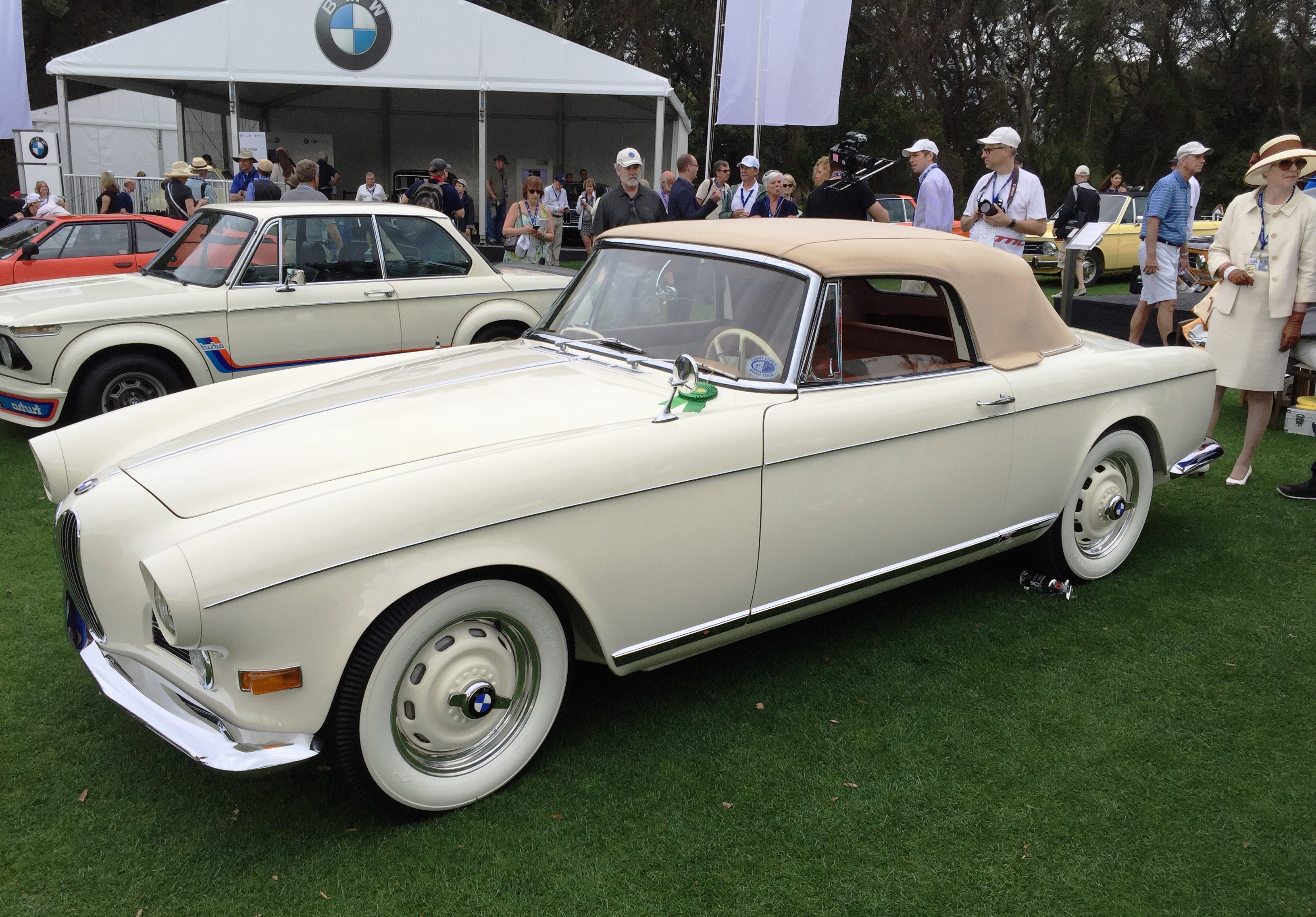 This stunning BMW 503 comes from San Jose, CA. The lady owner is in the hat at right (also stunning-ed.) 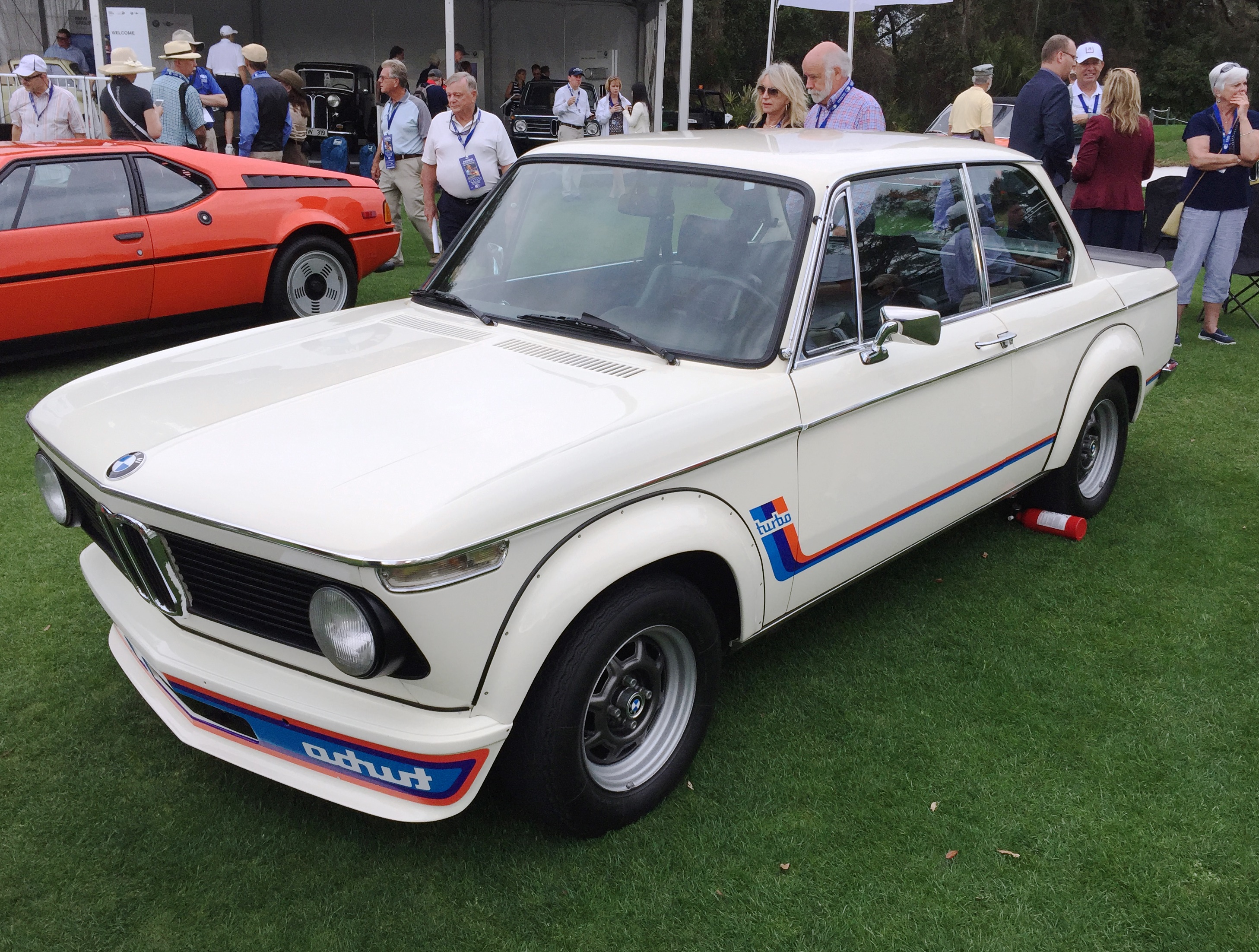 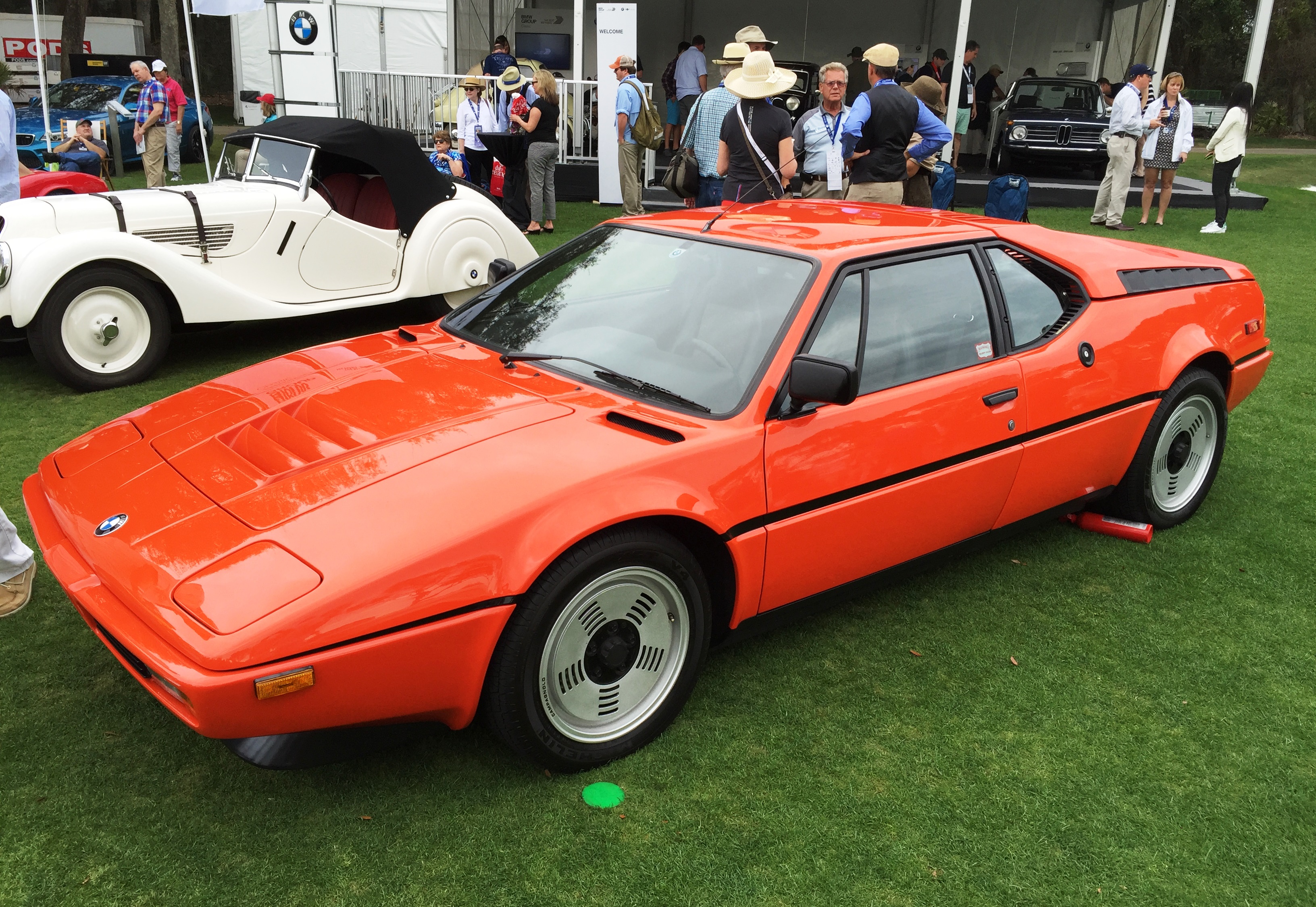 BMW M1 of Scott Hughes. The cars were assembled in part by Lamborghini 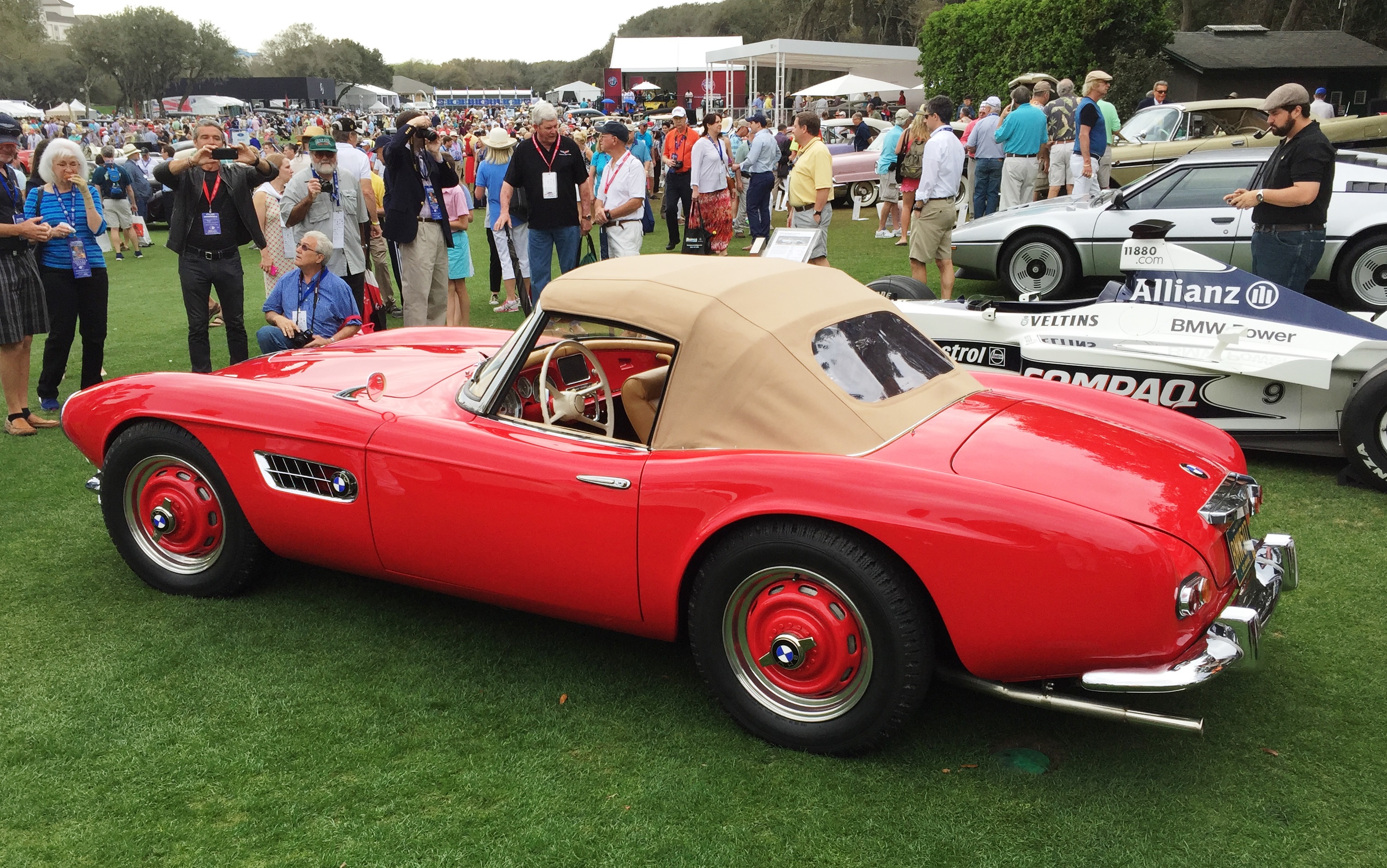 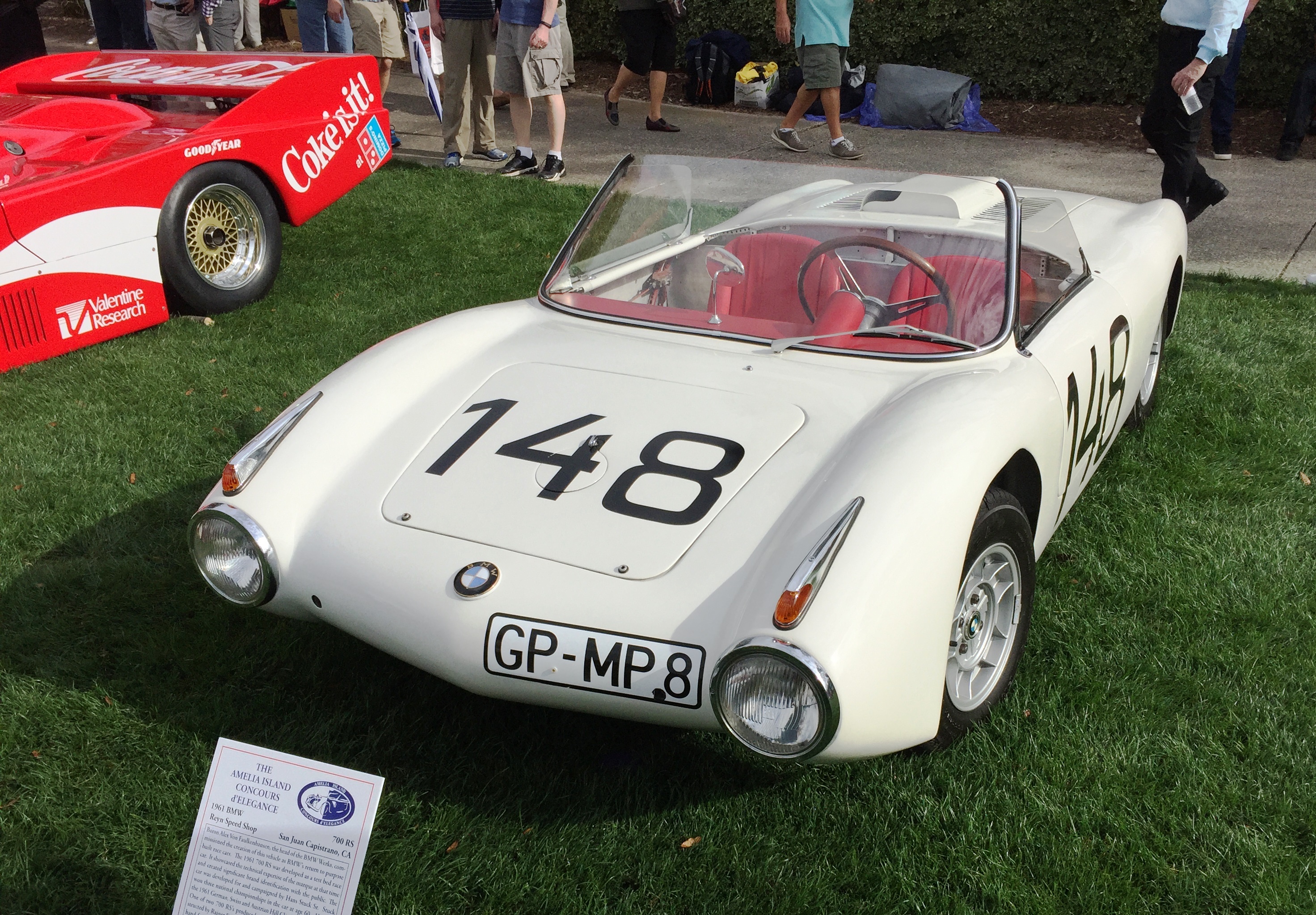 The cars of Hans Joachim Stuck were featured this year. This one, however, was raced by Hans Stuck, Sr when HJ was just a boy. It was a hill climb car based on the BMW 700. Air cooled BMW twin like the ones from the bikes. The car did very well in its class. It has no generator, just a battery. Therefore it could only be driven a few miles uphill before the battery ran out! Owned today by Rey, who has a massive, seldom seen, collection of significant BMWs in a California warehouse 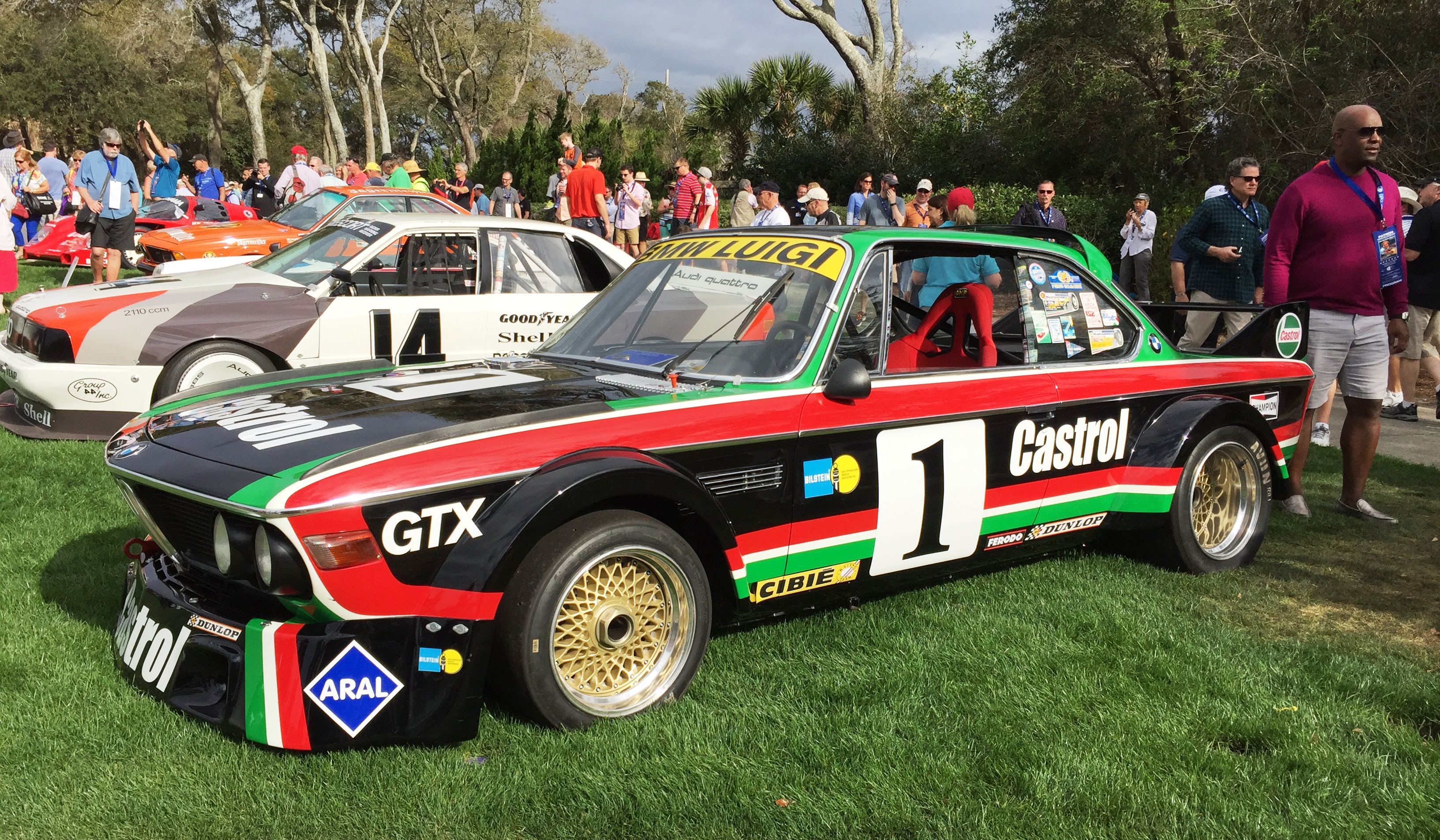 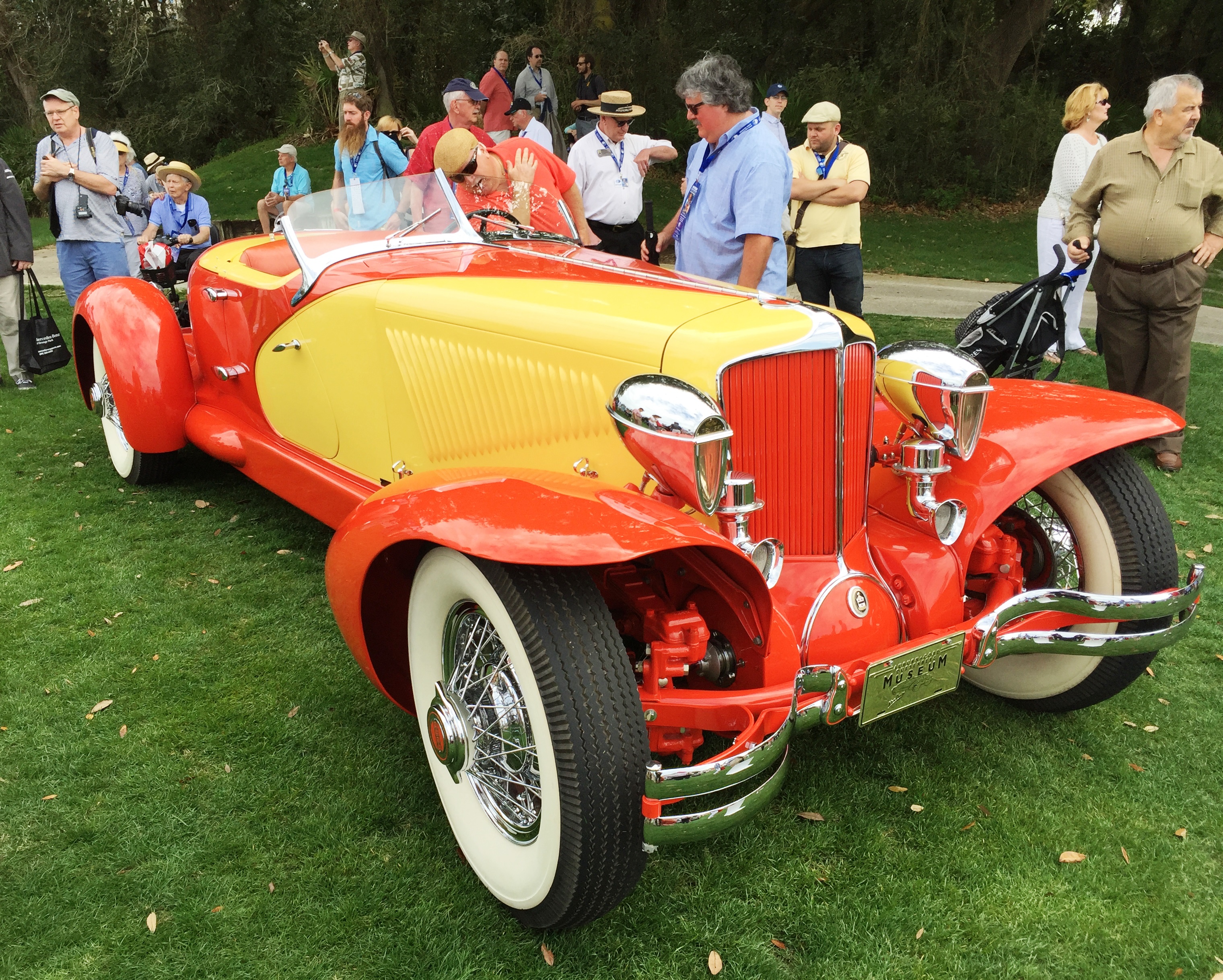 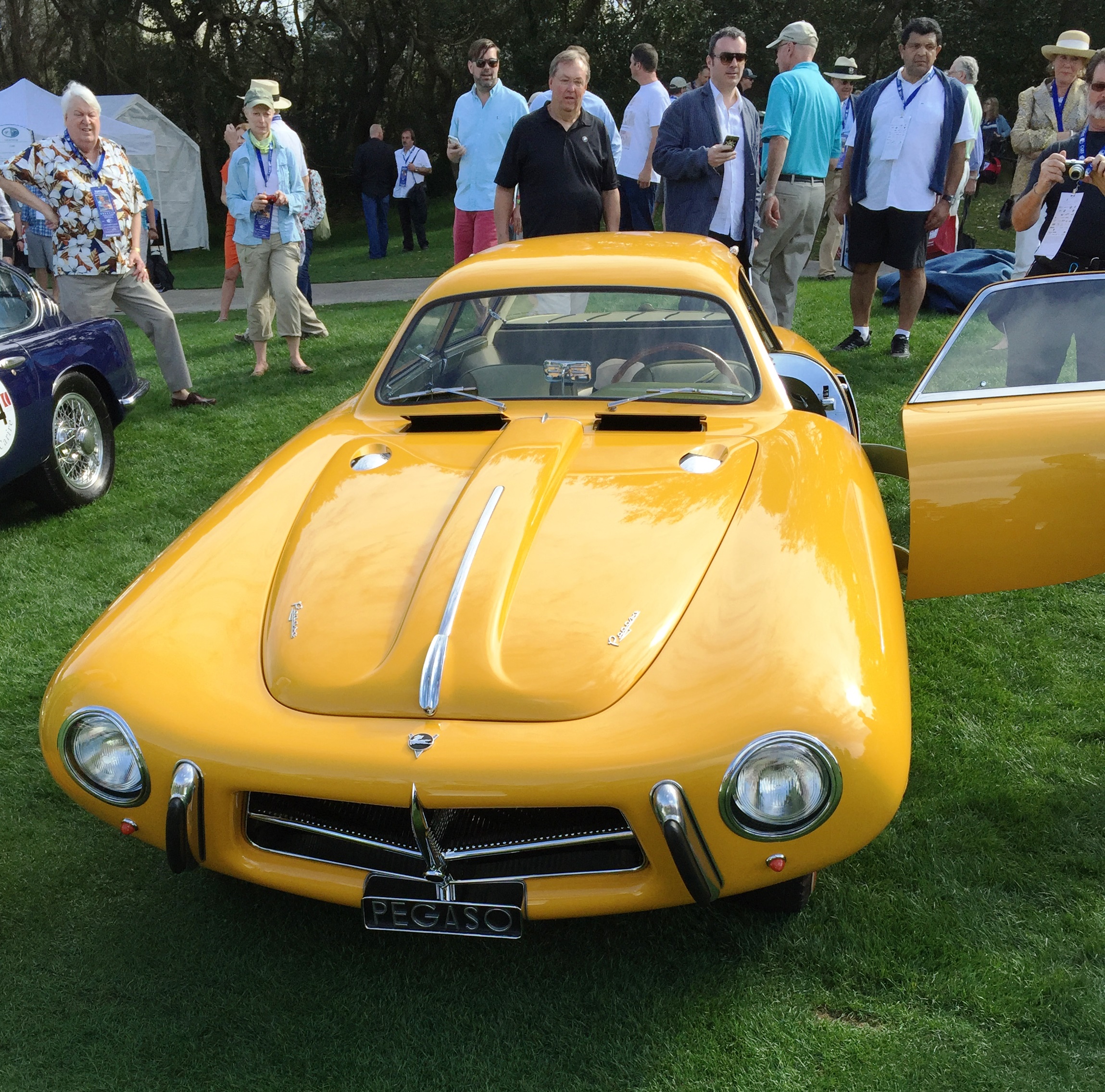 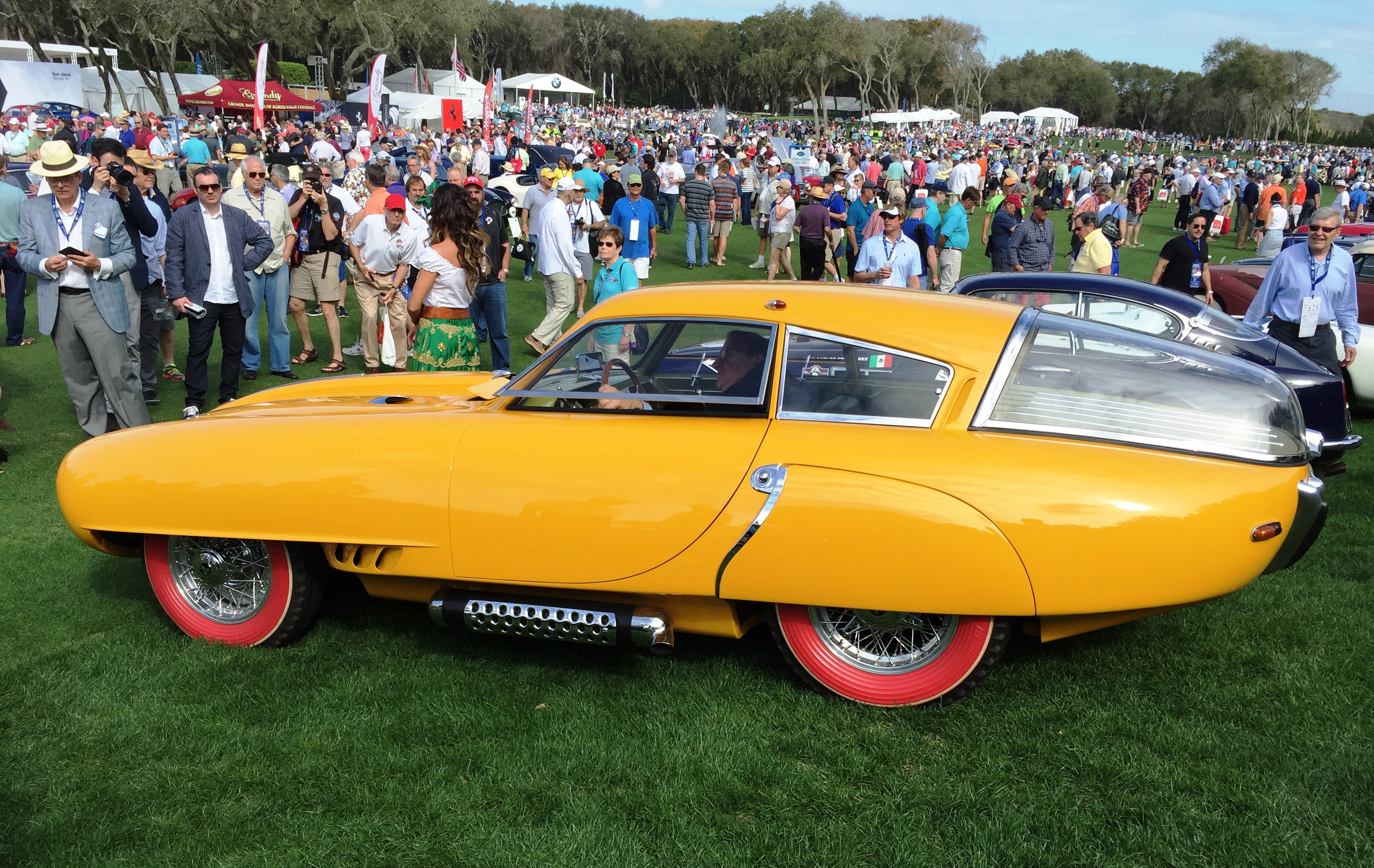 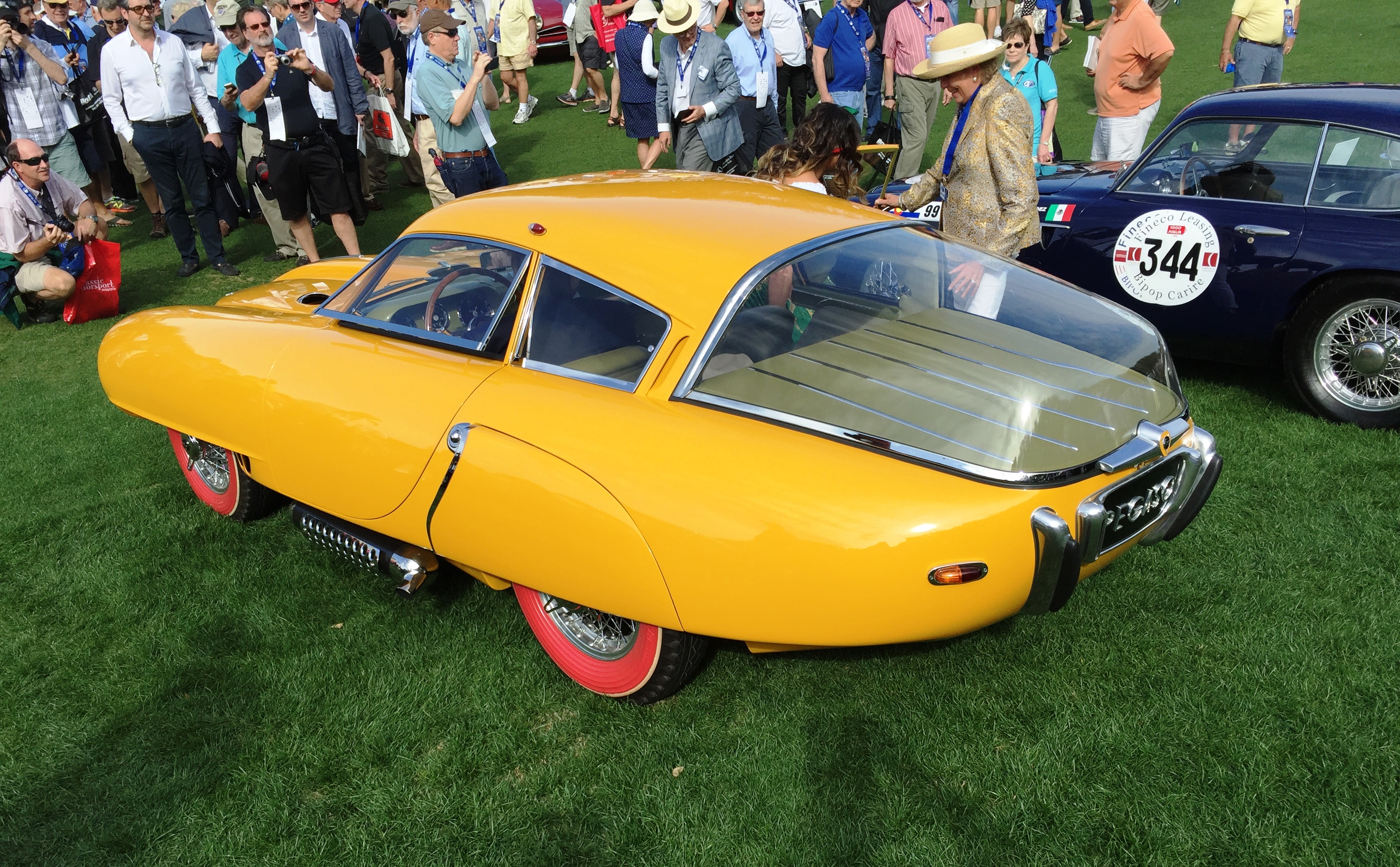 Best of Show, Sporting Cars. Pegaso “Cupola” Coupe once own by Rafael Trujillo, dictator of the Domincan Republic. Not a nice man. But a huge car guy. Pegaso produced less that 100 cars in the life of the company. About 20 percent of the output of the company was on display. This car comes from the Louwman Museum in the Netherlands 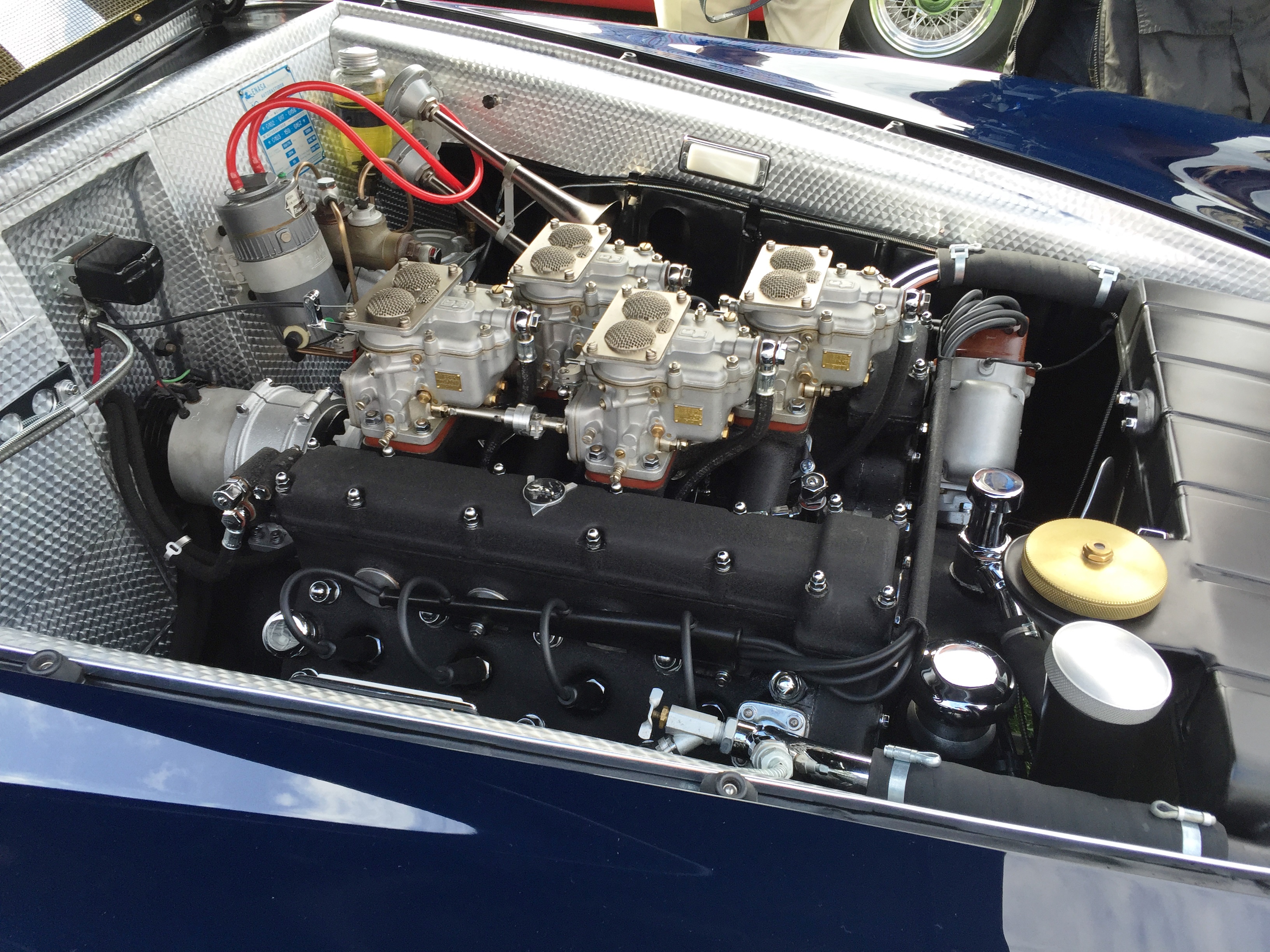 Crazy carbs in a Pegaso 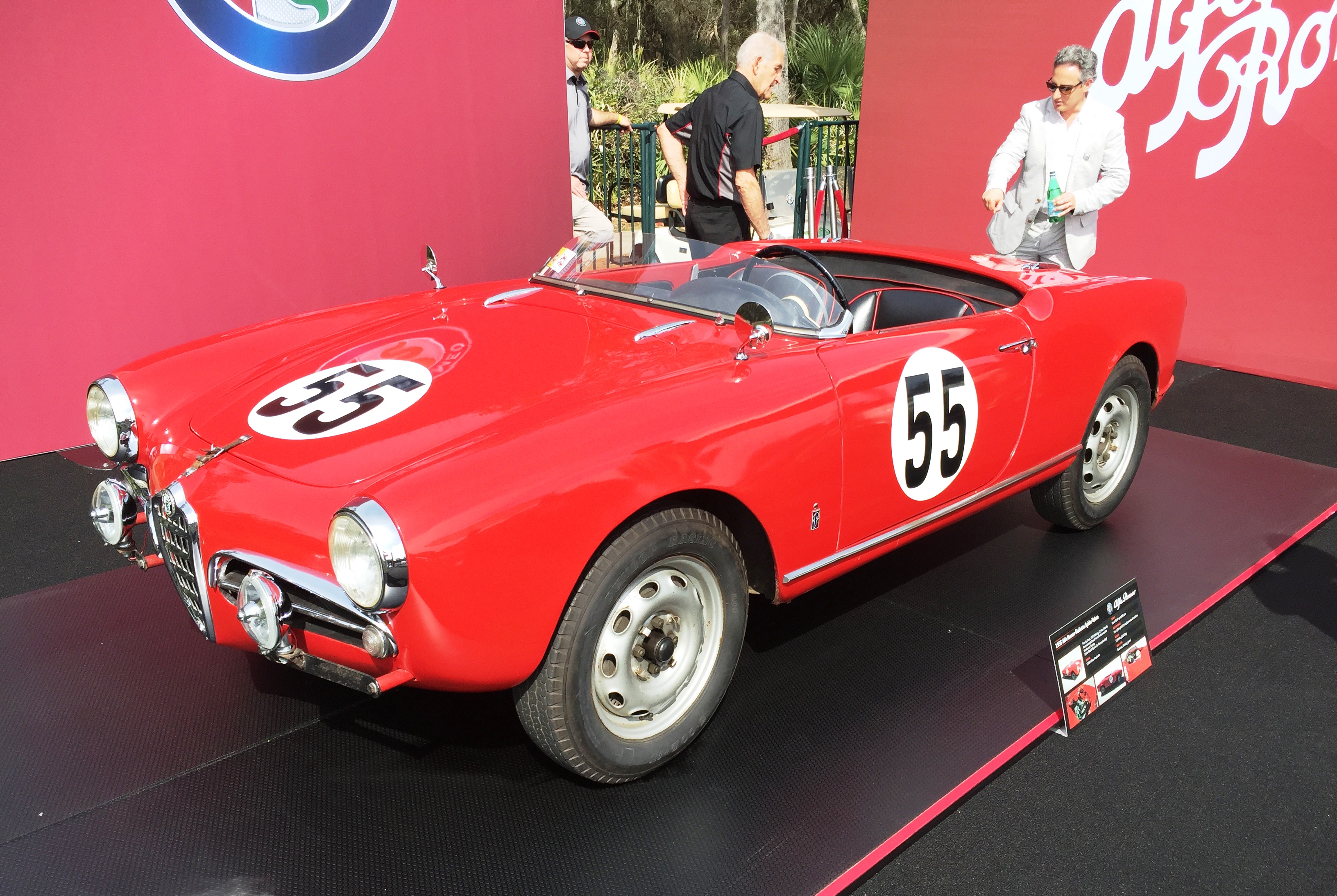 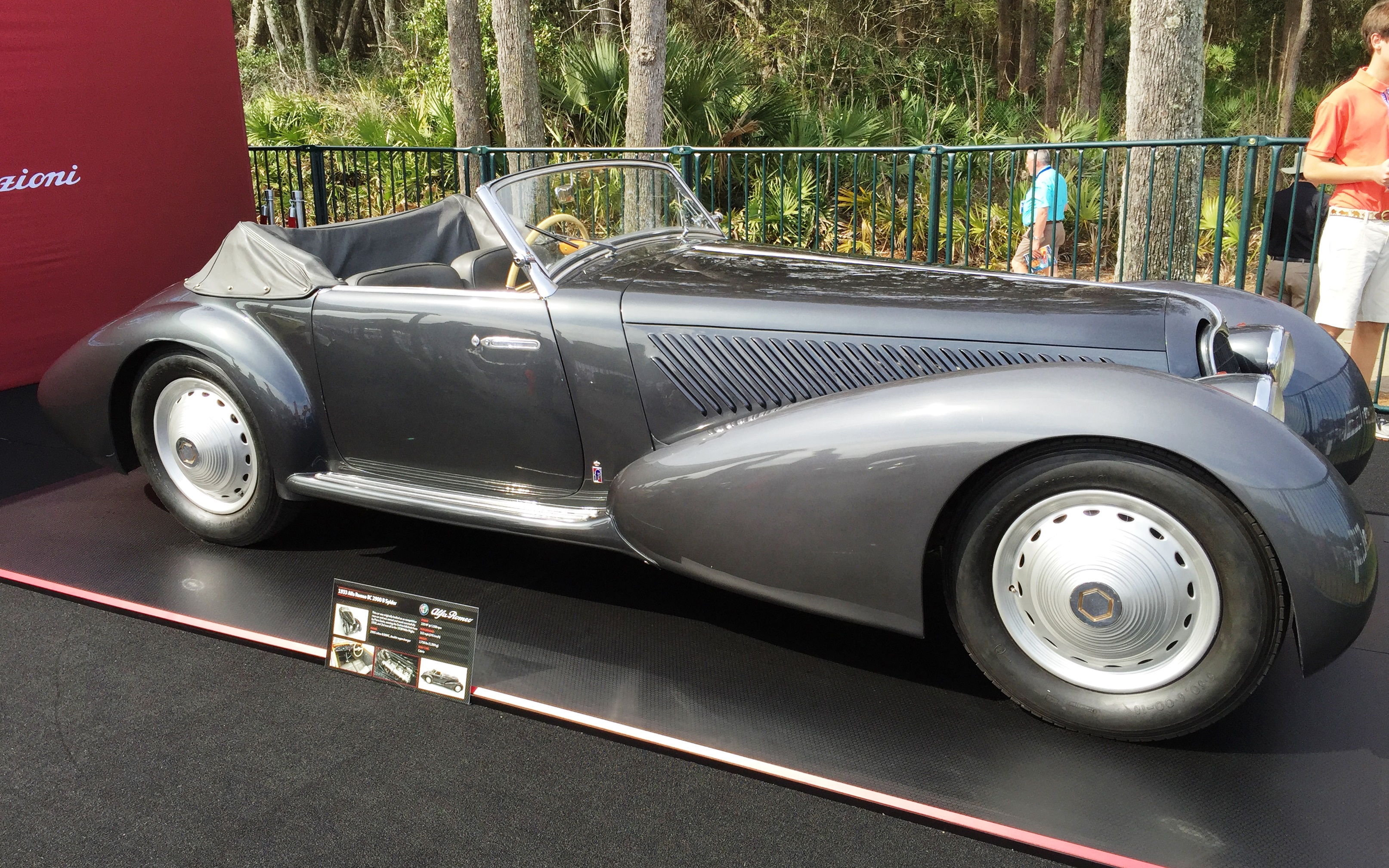 1933 Alfa Romeo that took third in the Mille Miglia 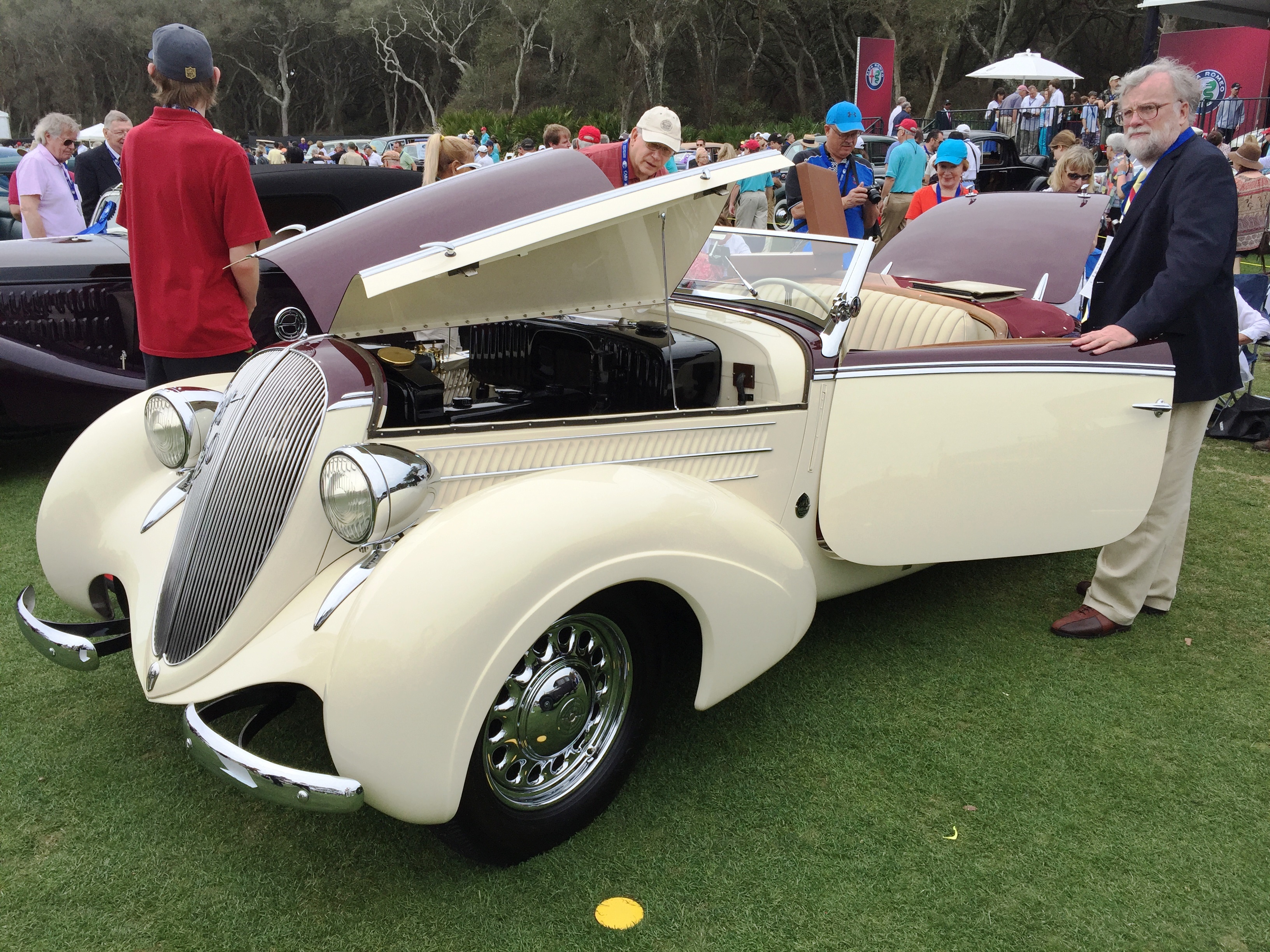 Never seen one: Steyr 220A from Peter Boyle of Oil City, PA 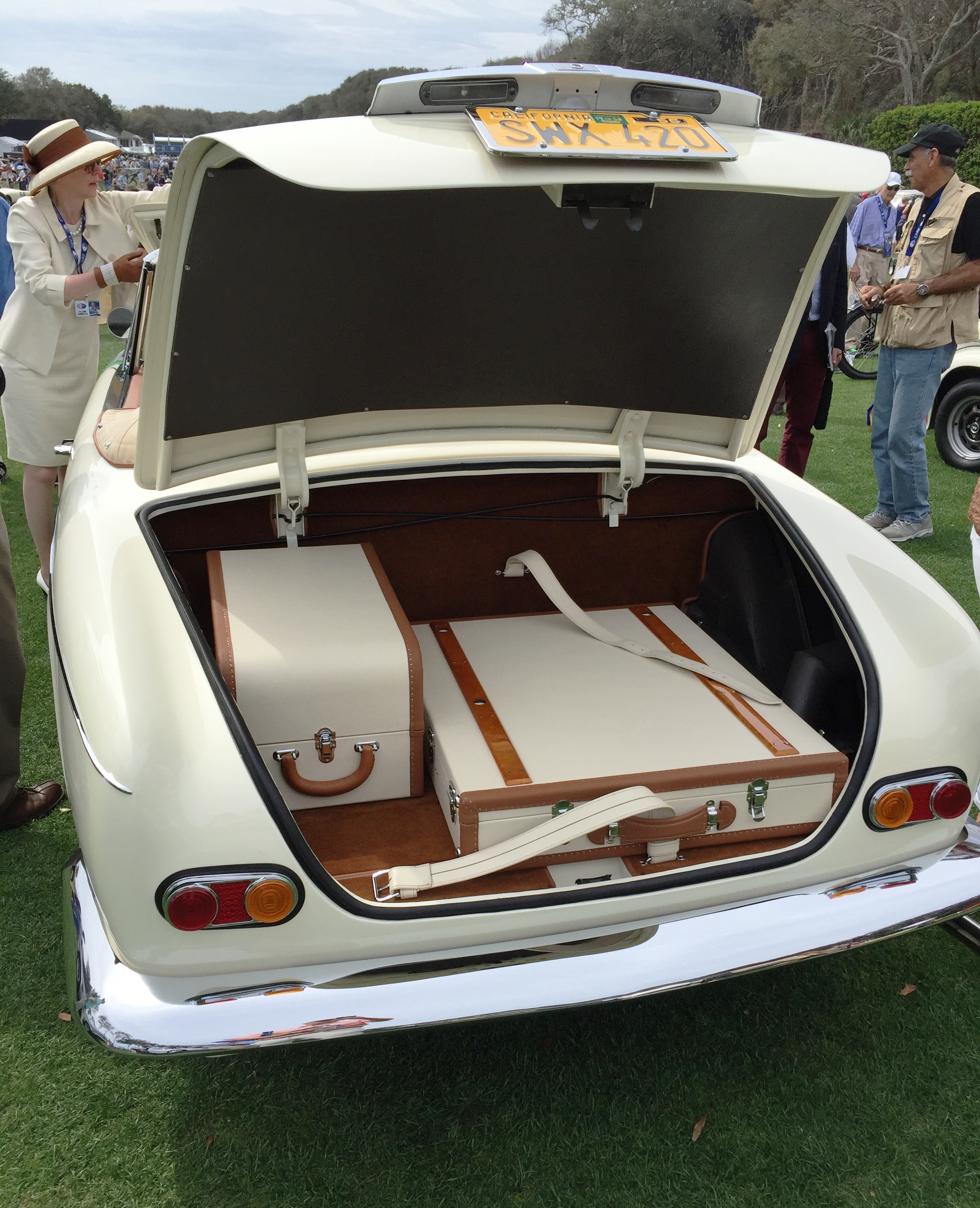 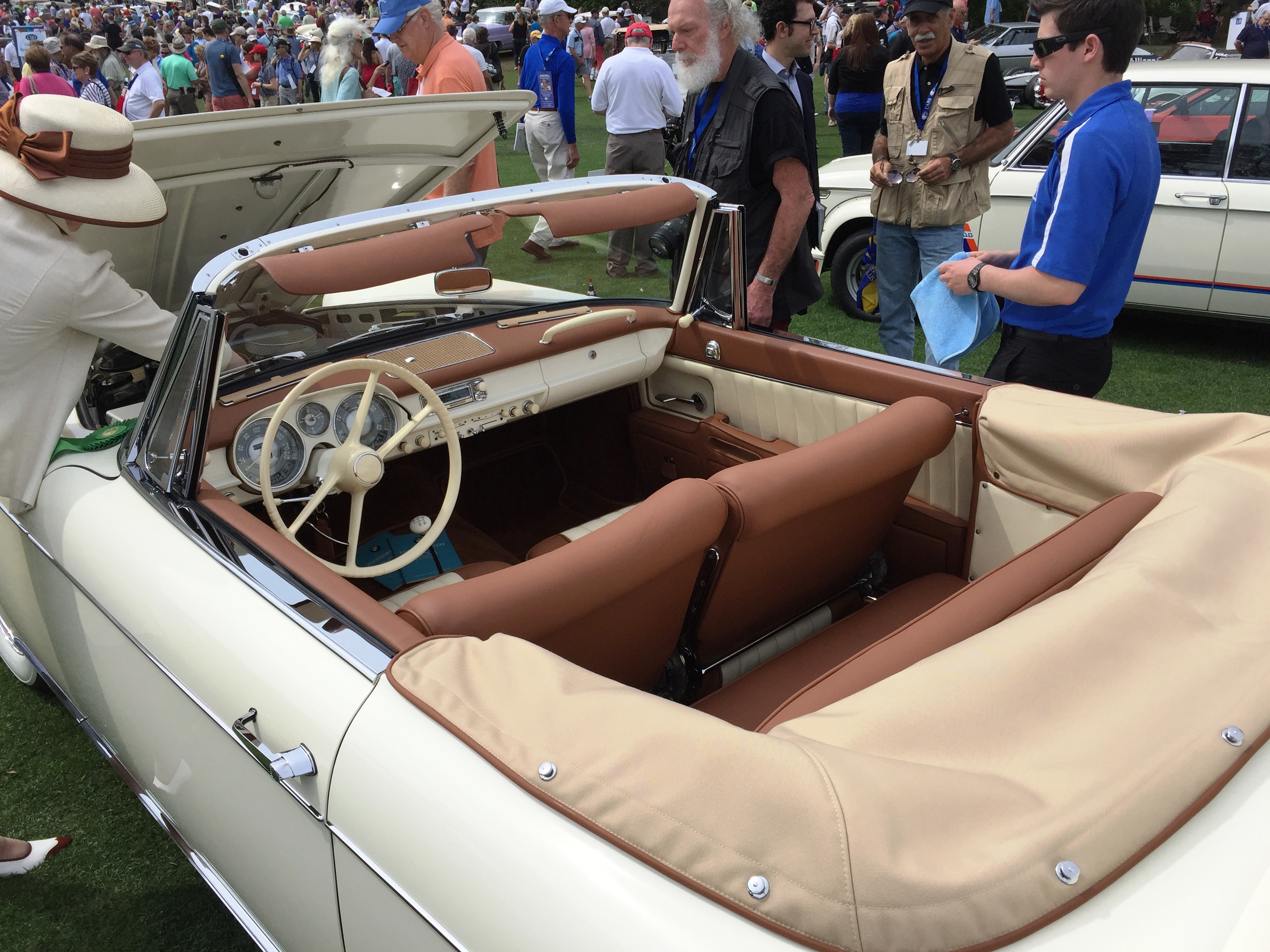 Gorgeous details of the BMW 503

His and hers Hispano Suizas. These cars were immense 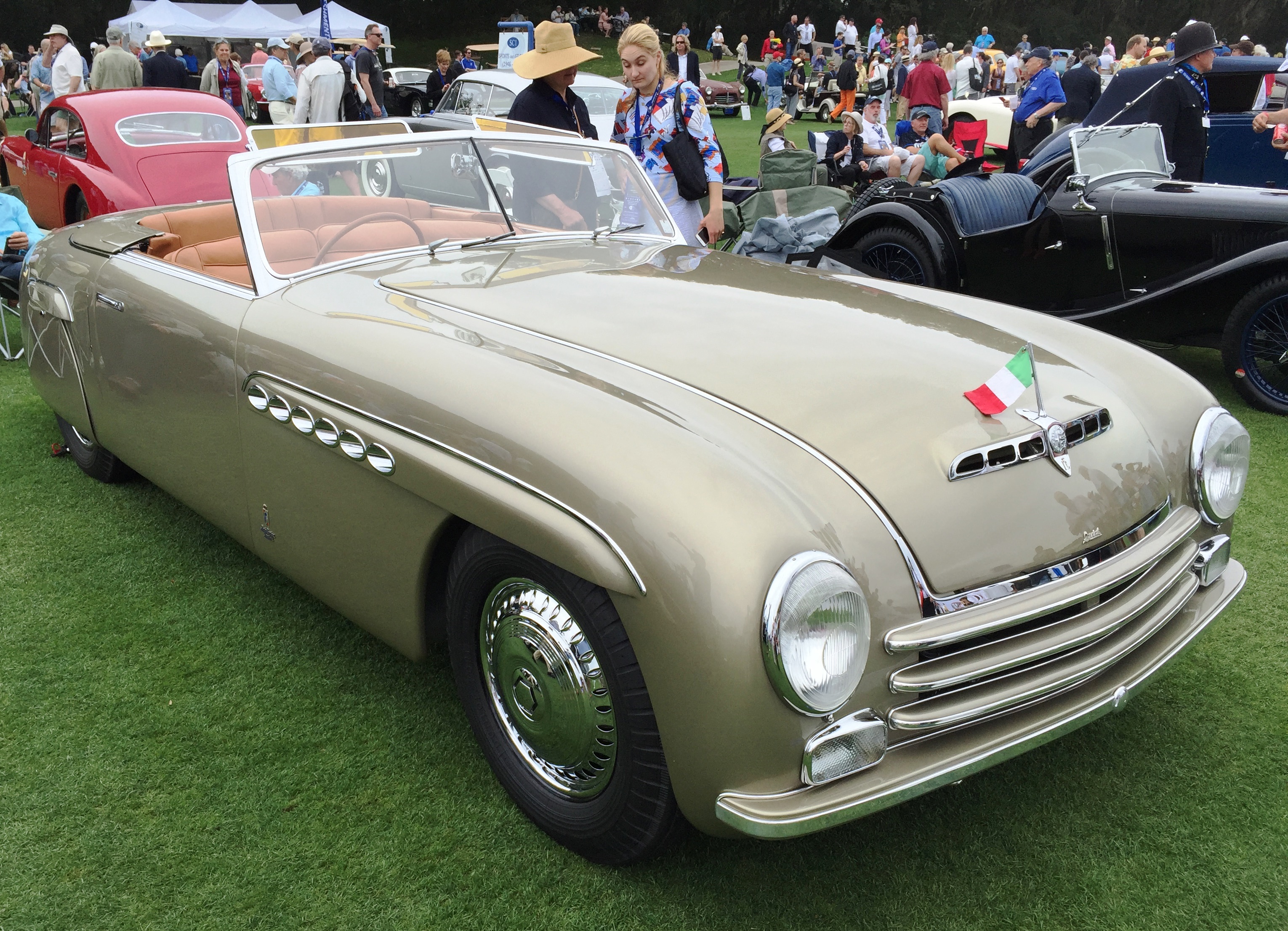 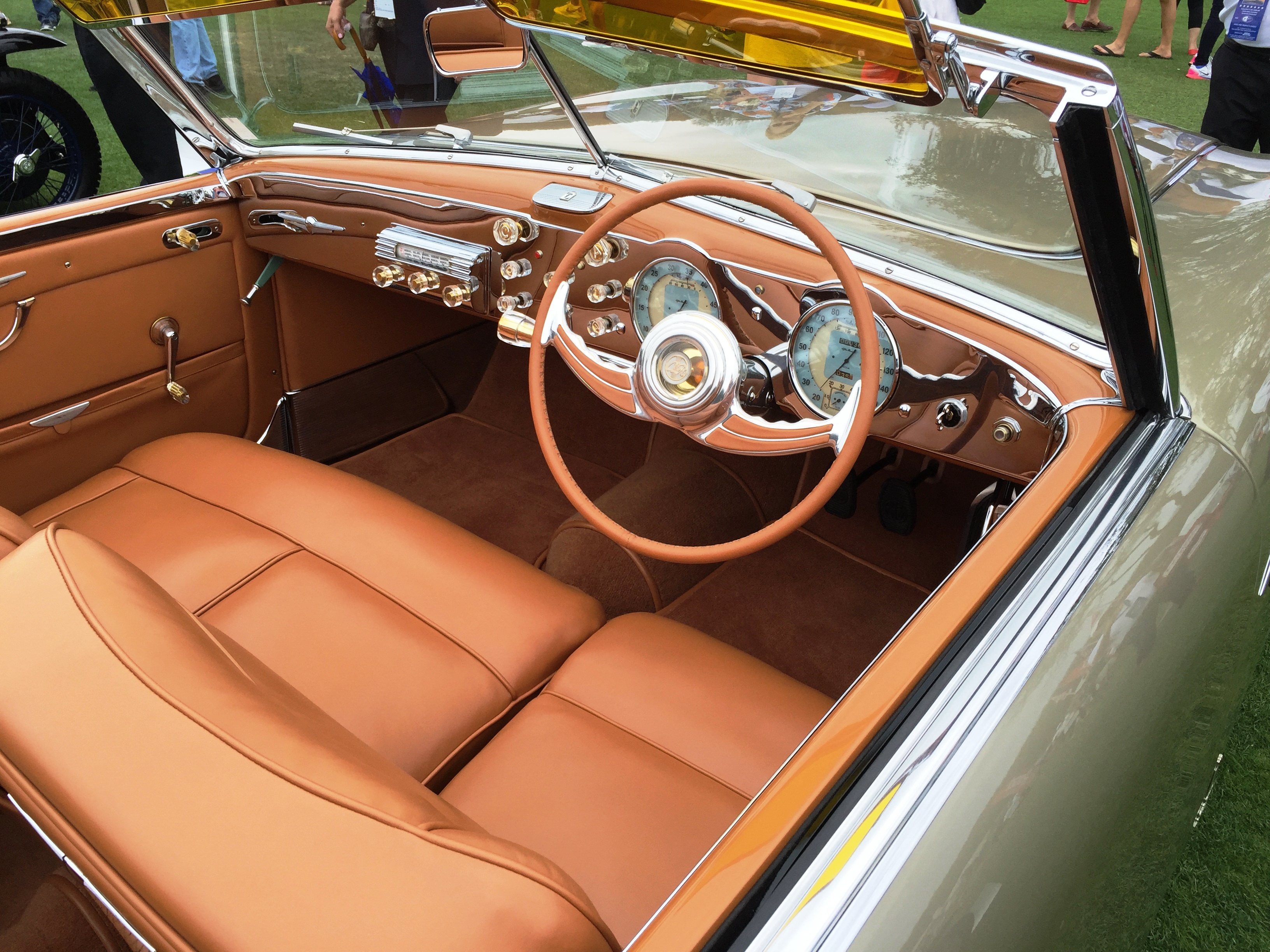 Up from the rubble of war. 1946 Alfa Romeo with custom coach work 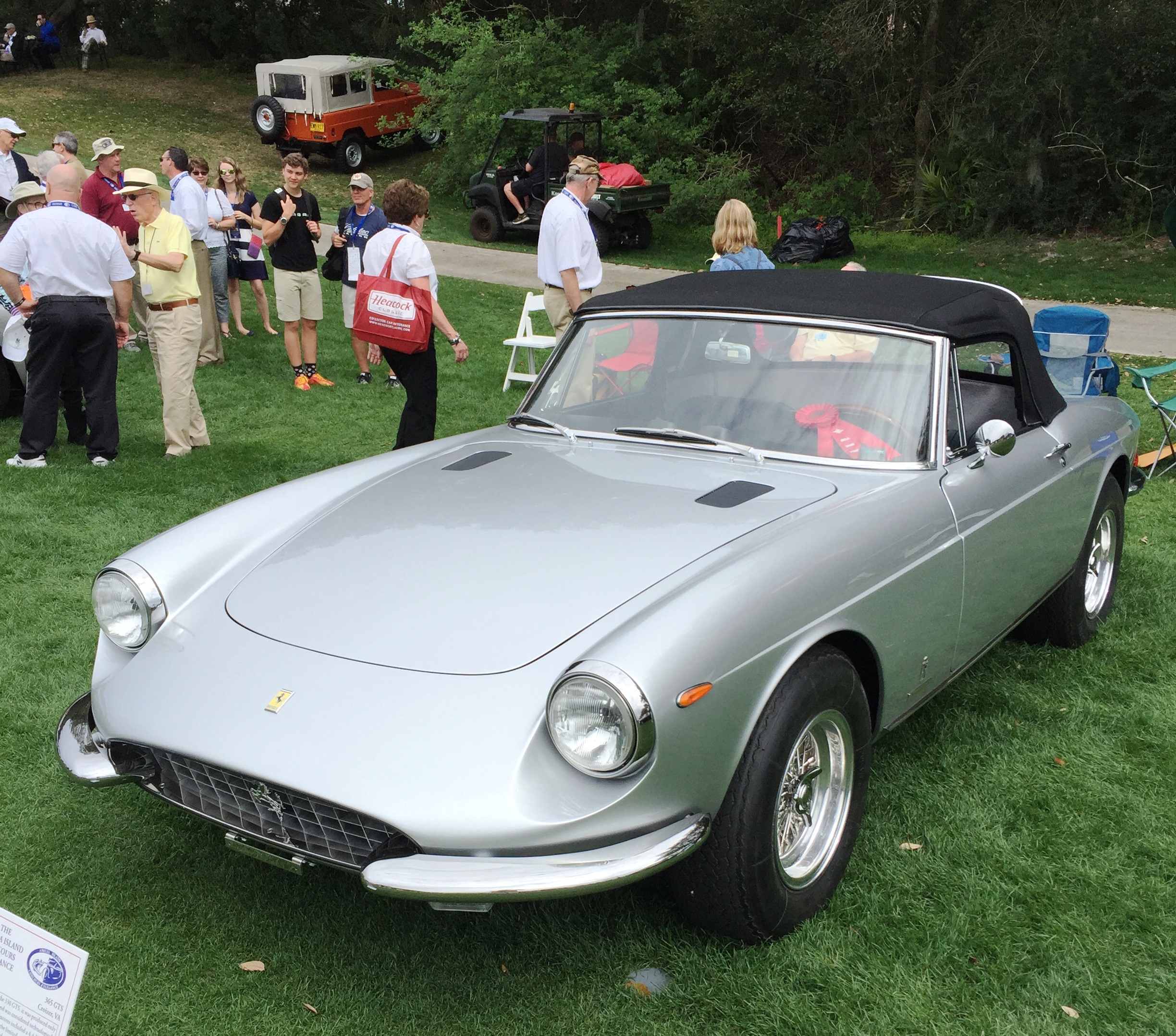 Ferrari 365 GTS from Larry Page of Virginia (not the founder of Google). One of 20. His brother owns one of the other ones 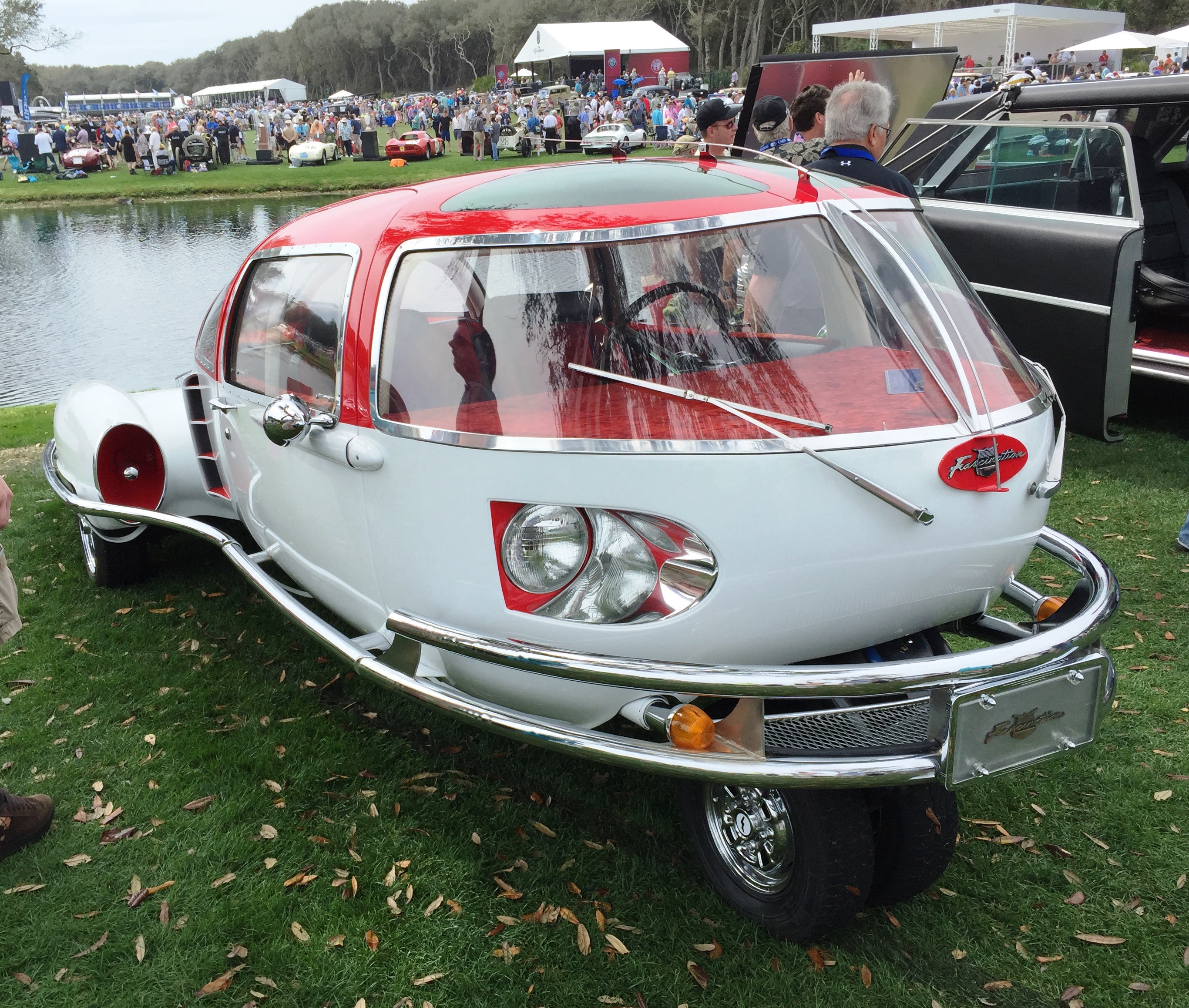 They always have a class for oddball cars. This was the oddest. See video of it being driven below

Some cool videos that Scott took at Amelia….

The Auto Blonde is an enthusiast who attends and participates in many car events. She welcomes you to ride shotgun. All pictures and posts are hers unless otherwise noted.
View all posts by suz →
Bookmark the permalink.